Baby Has Priceless Reaction When His Dad Plays Neil Young For Him For the First Time! 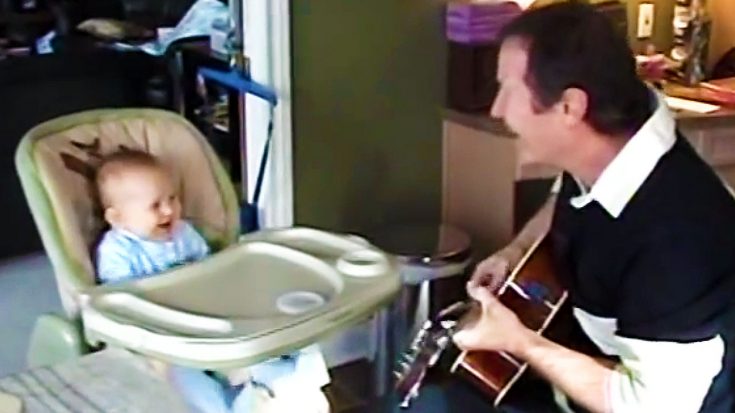 Father-son moments are always incredibly special and touching. In this beautiful clip, this father plays Neil Young’s “Harvest Moon” to his 6-month old son for the first time, and the child’s reaction is priceless! The dad plays an acoustic rendition of the song, and as he plays the song a huge smile is brought across the baby’s face. He begins to laugh, clap and jump up and down in his high chair as the song is being played.

It’s moments like this that truly show why classic rock music is the best! You hardly ever see these moments being shared while the music of today is playing. It just goes to show how Neil Young has impacted so many generations, and how his music will live on forever!

Check out the amazing moment down below!