Someone Just Mashed Up The Beatles’ “A Hard Day’s Night” With Mötley Crüe’s “Girls, Girls, Girls” 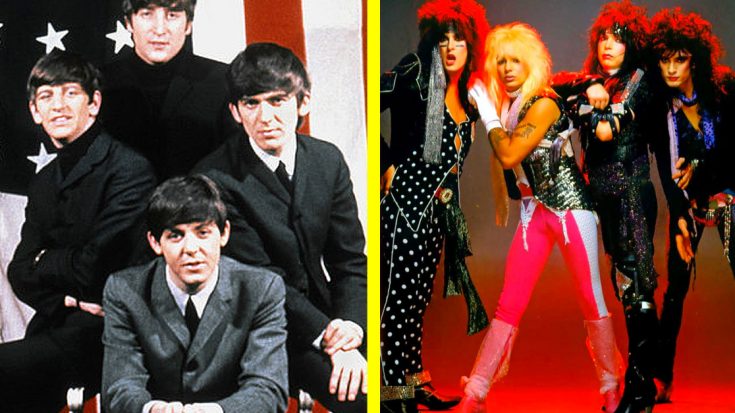 What happens when two completely different generations of rock and roll converge? Absolute chaos – but in this case, maybe chaos isn’t such a bad thing. Mashup producer Wax Audio created something brand new and pretty interesting when he created a hybrid featuring The Beatles’ 1964 classic “A Hard Day’s Night” with LA rockers Mötley Crüe’s 1987 rager “Girls, Girls, Girls” and at first glance, there’s no way these two songs could possibly fit together – but after a few spins, what’s remarkable isn’t the fact that that these songs work together as one whole; it’s the fact that as a whole the song just works and taking it one step further, it’s not half bad.

I don’t know if it’s a testament to The Beatles’ ability to craft songs that were as timeless as they were musically genius in their simplicity, or Wax Audio and his knowledge of music theory and why certain songs just work together, but I’ll take it. There’s no official title to this mashup, so we’re going to go ahead and christen it “A Hard Crüe’s Night”; check it out in the audio below and as always, let us know what you think!