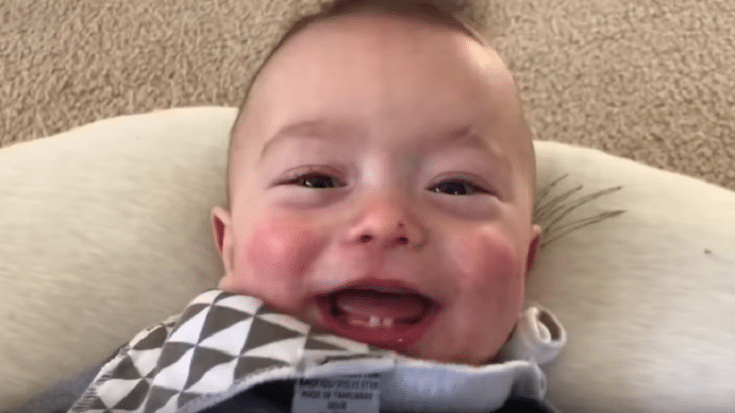 It Took His Dad A Year To Make This

Matt MacMillan is possibly one of the most patient fathers we’ve ever known. He actually spent a year recording Ryan’s baby noises, filtered out the ones that wouldn’t work, then pieced together a brilliantly made cover of AC/DC’s 1990 classic hit “Thunderstruck.” The clip alone is fun and entertaining but MacMillan followed it up with a video explaining how he did it – and yes, it wasn’t easy. It was a long and meticulous process.

MacMillan explained, “I spent a year recording my son making all sorts of baby noises. After dumping the clips into a computer, I first pulled out all the sounds without a tone. And then manually sorted the remaining 83 clips by pitch. From there, I figured out the musical note of each clip.”

And if that’s not impressive enough, MacMillan used the sneeze to get that cymbals sound. You can check out both videos below.

Meanwhile, AC/DC hasn’t confirmed yet whether they will release their much-awaited new album OR if they will embark on a massive stadium tour this year. Australian broadcaster Eddie McGuire did, however, claim that their latest studio effort will be out in a few weeks and they will definitely hit the road in late 2020.