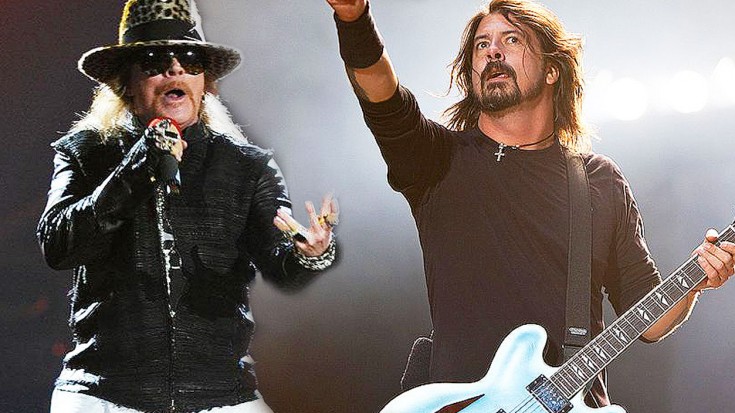 A Throne fit for two kings

For some odd reason, it seems rock musicians are taking the common phrase “break a leg” literally these days. On June 12th, 2015, Foo Fighters frontman Dave Grohl fell off the stage while the band was performing in Sweden and broke his leg. Following the incident, Grohl and his crew designed a throne he could sit in during shows that he utilized for the remainder of the band’s tour. Earlier this year, Guns N’ Roses frontman Axl Rose broke his foot while performing during a GNR reunion show. Instead of taking time off of GNR and AC/DC, Grohl lent Rose the infamous throne and was even spotted at the first performance Rose used it at.

A few months have gone by and Rose is out of the throne and is walking, and performing, in a boot. So, many are wondering what happened to this throne, which could now be considered an artifact of rock history? GNR production manager Dale Skjerset says that the throne was in fact returned to Grohl and the Foo Fighters.

We’re going to assume that “in parts” refers to Skjerset having to break it down in smaller parts to transport, rather than meaning GNR absolutley destroyed it beyond repair.

Check out the video down below of Axl performing in the chair!