Gregg Allman’s Got Something Up His Sleeve For 2017 – Is It What We Think It Is? 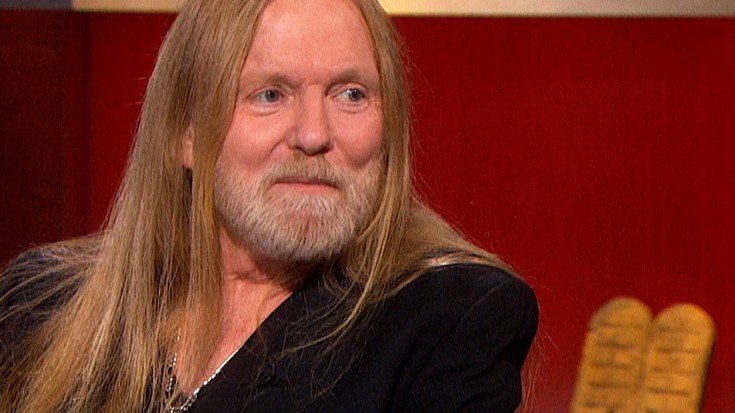 Speculation Comes After A Mysterious Text Sent To Former Bandmate

2017 is slated to be the end for a lot of bands; Black Sabbath plan to call it quits in February, Twisted Sister are on the road to retirement and Aerosmith’s farewell run is on the horizon, too. However, there’s one band that’s looking more and more like they’ll be bursting back onto the scene after a two year absence and retirement – and we’d be lying if we said we weren’t excited! According to Allman Brothers Band bassist Oteil Burbridge, fans of the Southern rock legends could be seeing an Allman Brothers Band reunion sometime in 2017, thanks to a text he received from none other than former bandmate Gregg Allman.

Burbridge, who joined the Allman Brothers Band in 1997 and remained there until the band retired in 2014, revealed that he thinks “the original guys have been talking” about reuniting and shared that “Gregg texted us not long ago, saying, ‘Hey, maybe we should start thinking about getting something together in 2017.’ I said, ‘Hey, man, I’m here! Holler at me!’”

Fun Fact: The Allman Brothers Band’s 1971 live release, At Fillmore East, represented an artistic and commercial breakthrough and is widely regarded as one of the greatest live albums ever made.

The Allman Brothers Band famously called it quits in 2014 after a 45 year run, citing both Warren Haynes’ and Derek Trucks’ desire to focus on their careers with Gov’t Mule and the Tedeschi Trucks Band respectively; while we’d likely see the likes of Oteil Burbridge, Butch Trucks, Jaimoe and Marc Quiñones ready and willing to return for another run, no word yet as to whether Warren and Derek would be open and available for an Allman Brothers Band reunion.

Either way, this makes for some pretty exciting news to make up for the gloom and doom the rock world’s been hit with as of late, so stay tuned to Society of Rock for updates as they continue to roll in!