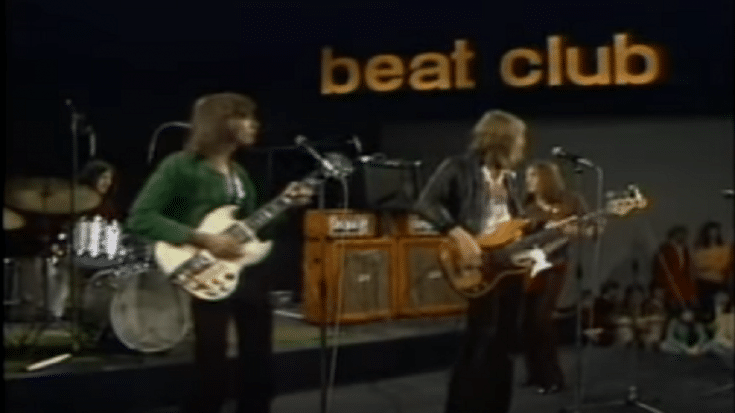 Humble Pie is one of the most underrated bands in rock. The thing about them is, their records weren’t particularly impressive. In the studio, they weren’t that all-out. But when it came to live performances, that’s where the magic happened. They had little success in the charts and even with such stellar musicians in their lineup, the critics were difficult to impress.

But they knew how to put on a great show. To those who came to their concerts, no one left disappointed. And so it’s heartbreaking to know that most of their songs have faded into obscurity over the years. So here are five tracks to remember them by:

This swampy ballad highlights the band’s musicianship. The second single off their 1969 album Town and Country, they truly shined when they played this live. There’s something about their energy and spirit that’s difficult to capture in the recording studio.

Humble Pie transformed this 1966 R&B song into heavy rock. This killer track definitely rivals the original version. Both Steve Marriott and Peter Frampton elevated the whole song to the next level with their fiery riffs and melodic leads.

Their debut single was a glimpse into their musical greatness. It was a success as it peaked at #4 on the UK Singles Chart. According to drummer Jerry Shirley, “‘Natural Born Bogie’ was written after we had completed the album. If we had been smart we would have put it on the album. It was the first song that Andrew Oldham heard that he said had single sensibilities. I remember Steve at a rehearsal saying, ‘Here, I’ve got this, what do you think? I’m pretty sure he had the whole song. Funny thing was, we hardly ever played it live.”

A 1972 original by Ike & Tina Turner, Humble Pie took the song and made it their own. It became a fan favorite and hearing the live version, it’s simply otherworldly. From the vocal performance to the musicianship, they blew everyone out of the water with their unforgettable concerts.

One of the songs that put them on the map, it’s about going to jail after being busted for drugs. And so it’s no surprise that there are several references to drugs and alcohol in the lyrics. It’s gritty and funky too!