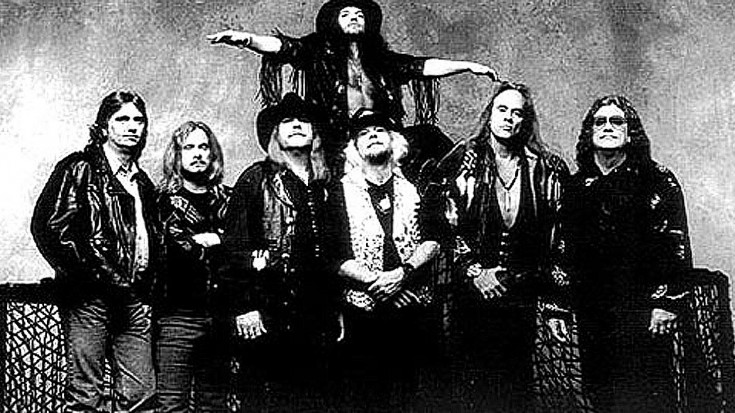 The legacy forged on a dusty Jacksonville baseball diamond in 1964 finally came full circle in 1997 with the release of Lynyrd Skynyrd’s highly anticipated 9th studio album, Twenty. Dedicated to the memory of bandmates Ronnie Van Zant, Cassie Gaines, and Steve Gaines, the album wasn’t just the band’s way of commemorating the 20th anniversary of the plane crash that claimed their lives – it was ultimately a celebration of Lynyrd Skynyrd’s rich history, their triumphant return to the world stage a decade earlier, and of the impossibly bright future that lay ahead of them.

Boasting the talents of the newly added Rickey Medlocke and Hughie Thomasson, Twenty also saw Lynyrd Skynyrd heading back to a place essential to their sound and their legacy for the first time since the release of Street Survivors – the infamous Muscle Shoals Sound Studios in Muscle Shoals, Alabama.

Twenty At A Glance

While the album as a whole is a treat and a half, the real surprise comes in the form of “Travelin’ Man” – a song not recorded since Skynyrd’s 1976 album One More From The Road and through the help of modern technology, features the voice of Ronnie Van Zant to create a once in a lifetime duet with baby brother Johnny that brings Lynyrd Skynyrd’s legacy full circle in the best of ways.

A gorgeous blend of influences, Twenty spans the country and bluegrass the band grew up on to swampy Delta blues and the bright, soulful sound Muscle Shoals was known for – and it shows! With tracks like the stunning Ray Charles cover “None Of Us Are Free” and rollicking good time track “Talked Myself Right Into It,” no influence is off limits as Lynyrd Skynyrd create a soundscape of the music they’ve loved for years.