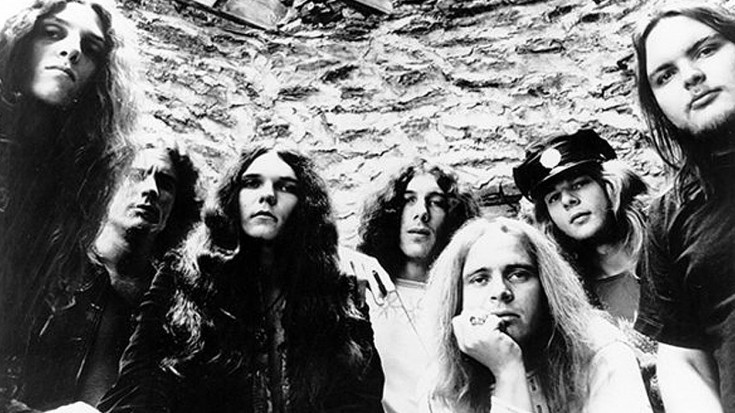 Running at just under 40 minutes and arriving hot on the heels of Pronounced Leh-Nerd Skin-Nerd,  Second Helping was indeed just that – a second helping of the band’s spirited approach to Southern rock that took the world by the throat a year earlier and refused to let go. With an opening track as iconic as “Sweet Home Alabama,” this wasn’t just Lynyrd Skynyrd’s second album, it was a fiery declaration of a band determined to build a legacy as broad as the musical influences that colored each track on the album and entirely on their own terms.

Second Helping marked a few major milestones for Jacksonville’s finest. Released on April 15, 1974, this is the first Lynyrd Skynyrd album to feature their patented 3 guitar attack, the first to officially Leon Wilkeson on bass, and it was also the final album to feature late drummer Bob Burns. 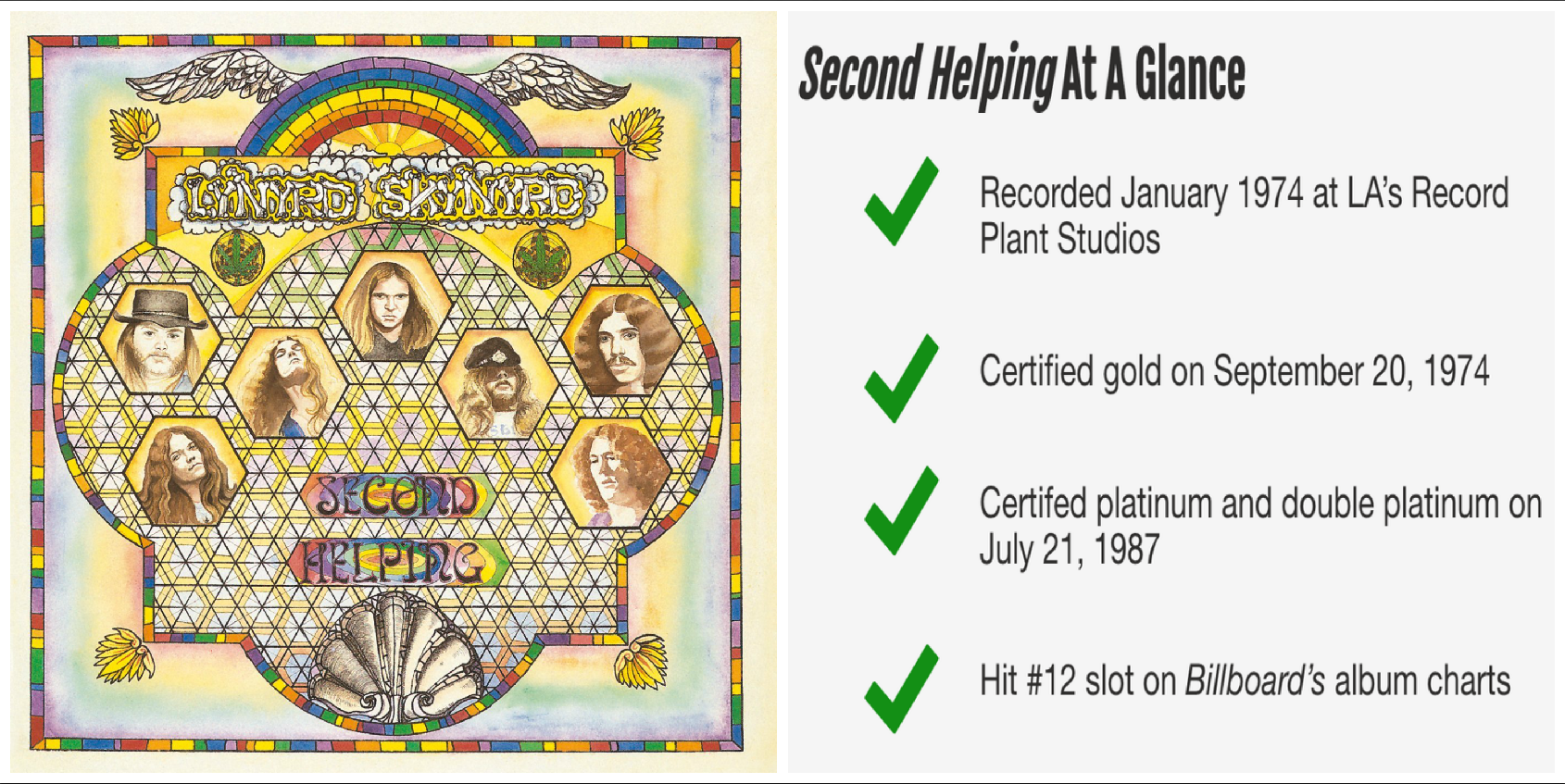 Recorded in January 1974, Second Helping celebrates everything we’ve ever come to love about Lynyrd Skynyrd and sets the tone for future albums; with songs like “Sweet Home Alabama” and “The Ballad Of Curtis Loew” that celebrate some of Ronnie Van Zant’s finest moments as a songwriter and appeal to the parts of us that love a good story set to even better music, it’s no wonder Second Helping is cited by many Southern rock bands and even modern country artists as a major source of inspiration and the blueprint for good old fashioned rock and roll at its core.

On the other side of the coin, songs like “Workin’ For MCA” and “Don’t Ask Me No Questions” are Second Helping’s characteristic, rollicking good time tracks with just enough attitude to remind that at the end of the day and no matter what cards they’re dealt, Lynyrd Skynyrd is, has, and will always be a band fiercely in control of their own destiny – calling the shots that matter, never sacrificing their integrity and always taking the road less traveled, and encouraging their loyal and devoted fans to do the same.