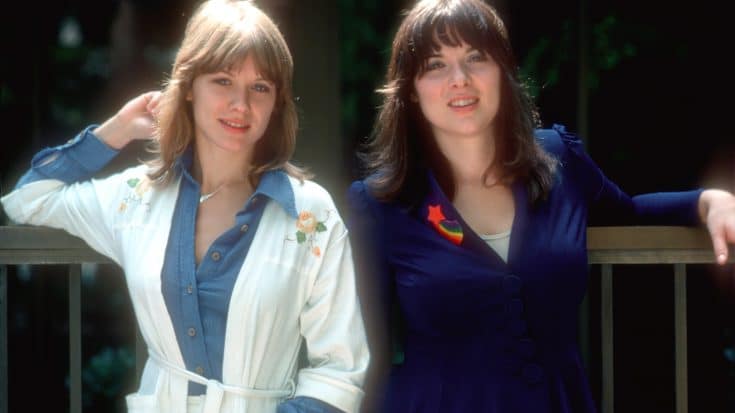 Ann and Nancy Wilson of Heart are set to receive a Lifetime Achievement Award as part of the 2023 Grammy Awards.

The Recording Academy will recognize the Wilson sisters during a Special Merit Awards Ceremony on February 4 at the Wilshire Ebell Theatre in Los Angeles during Grammy Week 2023. Recipients of the Lifetime Achievement Award are carefully selected through the votes of the Recording Academy’s National Trustees.

This kind of award is given to performers who, during their lifetimes, have made creative contributions of outstanding artistic significance to the field. Notably, Heart accomplished “the longest period of top 10 albums on the Billboard charts by a female-led band,” was inducted into the Rock & Roll Hall of Fame, sold over 35 million records, received four Grammy Award nominations, landed 10 Top 10 albums, received a star on the Hollywood Walk of Fame.

Undeniably, Heart’s influence can be seen and felt everywhere from rock and heavy metal to hip-hop and pop. As a result, their music resonates in nearly every corner of pop culture. Ann said:

“It’s such an honor to be recognized in this way.

“After all the years, all the miles and all the songs! Thank you!”

“I can hardly fathom the Lifetime Achievement Award is coming to me and my sister Ann.

“It’s a deep acknowledgment for the nearly 50 years of our lives we put into this music. It is more than meaningful for both of us. It speaks to the relevance of the songs themselves and what those songs continue to mean to our loyal and our new fans. And I hope it speaks to the new breed of amazing women who are now emerging in the world of rock – keeping it alive and kicking. And I plan to keep on kicking too.

“Thank you to my supportive blended family, our FANS, our incredible players who’ve joined and continued on their own journey, the Recording Academy / GRAMMYs. I love you.”

Along with Heart, Nirvana, Nile Rodgers, The Supremes, and Bobby McFerrin will all receive Lifetime Achievement Honors; other professionals of the music industry will also be acknowledged for technical awards, among other things. Recording Academy CEO Harvey Mason Jr. stated:

“The Academy is proud to celebrate this diverse slate of influential music people spanning numerous genres and crafts as our 2023 Special Merit Awards honorees.

“Each creator on this list has made an impact on our industry — from technical to creative achievements – representing the breadth of music’s diverse community. We’re excited to celebrate this group of legends next month that continues to inspire and shape the music world.”