Angus Young Unlocks The Secret To “High Voltage” In Acoustic Jam – I Can’t Believe How EASY It Looks! 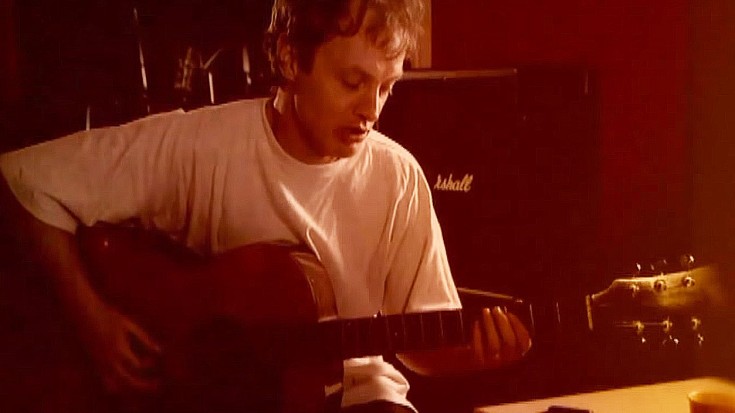 “Phil Felt It Was Rather Corny, But It Paid The Rent!”

In 2001, AC/DC’s Angus Young sat down with music critic Clinton Walker in episode 4 of Long Way to the Top – a 6 part series documenting Australia’s rock and roll history, where the guitarist not only discussed the roots of songs like 1976’s “High Voltage,” but was even kind enough to pull back the velvet curtain and let AC/DC fans in on a few of the song’s secrets. Armed with only an acoustic guitar, Angus spends the duration of the video explaining the “High Voltage” fretboard fingerings for those die-hard guitar fans curious as to his technique, and even shares an Easter egg of sorts as he explains how the song was constructed:

“So we more or less threw it together, and I had this ‘high voltage’ chant I was singing. Phil, the drummer, felt it was rather corny, but it paid the rent.”

Looking relaxed and completely at home despite a few moments of shyness (“I won’t sing!”), this footage is such a great look into Angus Young as a musician and songwriter. We have to admit, it’s a little strange seeing him without his signature Gibson SG, but trust us: this is something you want to see!