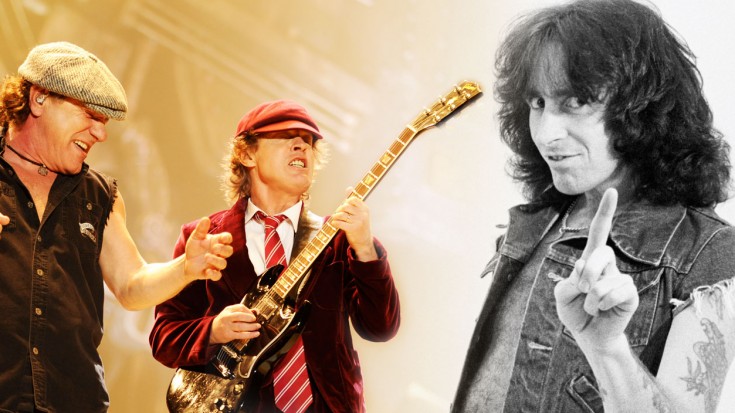 Check Out His Interview

It’s been 45 years since AC/DC’s first internationally released studio album, High Voltage, was released. And in honor of the LP’s anniversary, founding member and resident axeslinger Angus Young sat down for an interview with 95.5 KLOS. Following Bon Scott’s tragic and untimely death, the band hired Brian Johnson as his replacement.

Young reminisced about the time Scott supported Geordie, Johnson’s group before AC/DC, and how the latter left quite an impression on Scott.

“Bon had been in a band that had toured in Britain, and they were opening for the band Brian was in, which was a band called Geordie,” Young recalled. “Anyhow, they were gigging away, and as Bon told the story, he was saying he was listening to Geordie performing and listening to Brian, and then he heard this screaming.”

“He said it sounded like Little Richard was on the stage,” Young continued. “He said this guy was howling and yelling. And then he said then he saw the guy on the floor. Bon thought it was great, it was the best act, the best singer he had seen in a long time.”

“But what he didn’t know, afterwards he found out, Brian had an attack of appendicitis,” he added. “But Bon thought it was part of the act. He thought, ‘This guy is incredible.’ ‘And he was still hitting these high notes.’”

So whether you think Scott or Johnson was the better AC/DC frontman, the fact remains that both singers admired and respected each other.