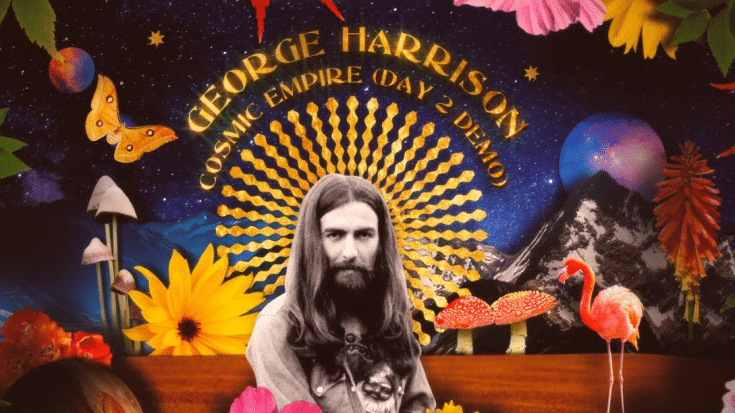 To preview the 50th anniversary reissue of George Harrison’s magnum opus All Things Must Pass which arrives on August 6, Capitol and UMe have dropped the previously unreleased track “Cosmic Empire” along with an animated music video. Harrison recorded this demo on May 27, 1970 at Studio Three at EMI Studios Abbey Road in London. The late Beatle recorded 30 demos for two days and 26 of them remained unreleased for more than five decades.

Executive produced by Dhani Harrison, the massive collection also features alternate takes, unheard jam sessions, and even studio chatter between Harrison and other musicians who contributed to the album such as Peter Frampton, Billy Preston, Dave Mason, and Eric Clapton.

The package comes in a crate and includes a 96-page scrapbook curated by Olivia Harrison, a 44-page book chronicling the making of All Things Must Pass, 1/6 scale replica figurines of Harrison and the gnomes on the classic cover, a wooden bookmark made from a felled Oak tree that grew on Harrison’s Friar Park estate, a limited edition illustration by Klaus Voorman, a copy of Paramahansa Yogananda’s booklet Light from the Great Ones, and Rudraksha seeds.