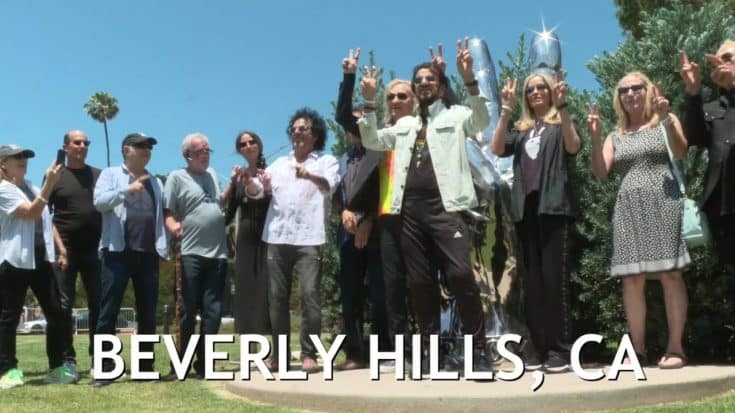 An Ongoing Tradition Among His Fanbase

He’s been in the music industry for more than half a century, but Ringo Starr remains one of the most unproblematic rockstars on the planet. And on his 81st birthday, he celebrated with his friends and also invited his fans to spread peace and love.

He shared a video on his official YouTube channel, and it first showed with a group of friends and family including his wife Barbara Bach, Eagles guitarist Joe Walsh and Toto guitarist Steve Lukather, at his Peace sign sculpture in Beverly Gardens Park in Beverly Hills. They started a countdown before flashing Starr’s trademark Peace sign and catchphrase, “peace and love”. It then showed greetings from people all over the world including NASA. The messages are part of a 13-year tradition among his fanbase.

Last year, the event was held virtually because of the pandemic. Normally, there are in-person gatherings. Nevertheless, Ringo’s Big Birthday Show featured performances by some of Starr’s peers such as Paul McCartney, Ben Harper and Dave Grohl, Sheila E., Sheryl Crow, Gary Clark Jr, and many more. It was broadcast globally, and the event benefitted Black Lives Matter Global Network, The David Lynch Foundation, Musicares and WaterAid.