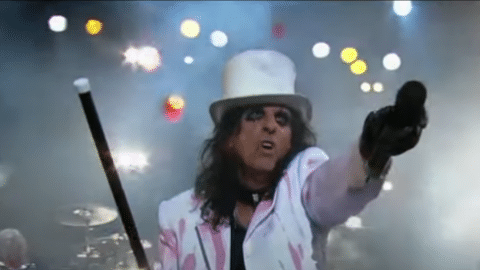 In a new interview on Joe Bonamassa’s Live From Nerdville podcast, Alice Cooper discussed the time his manager Shep Gordon received an invitation to manage the Beatles and why he refused the offer. Cooper was in Gordon’s office when the latter got the call. At the time, Gordon was managing Luther Vandross, Blondie, Gypsy Kings, Groucho Marx, Raquel Welch, and many others.

“He calls me into the office one day and he’s like, ‘Look, everybody’s driving me crazy, except you and Groucho… I want you to be here when I call and resign from everybody,’” Cooper recalled. “I went, ‘Okay.’ I’m sitting there as he goes, ‘Yeah, I think I’ve done enough, I think you can move on…’ We open a bottle of champagne. He says, ‘It’s done – it’s me and you!’ I went, ‘Great!’”

And then, the phone rang.

“He goes, ‘You’re not gonna believe this… it’s George Harrison. Wants me to manage the Beatles’,” he said. “I went, ‘Do it! You have to say you managed the Beatles!’”

Although Gordon offered to take care of their merchandise, he refused to be their manager for a simple reason. According to Cooper, Gordon told Harrison that he doesn’t “want to be there when Paul and John and Ringo and George are arguing over money. That ruins the Beatles for me for the rest of my life.”

Harrison understood his reason and yes, Gordon ended up taking care of their merchandise.