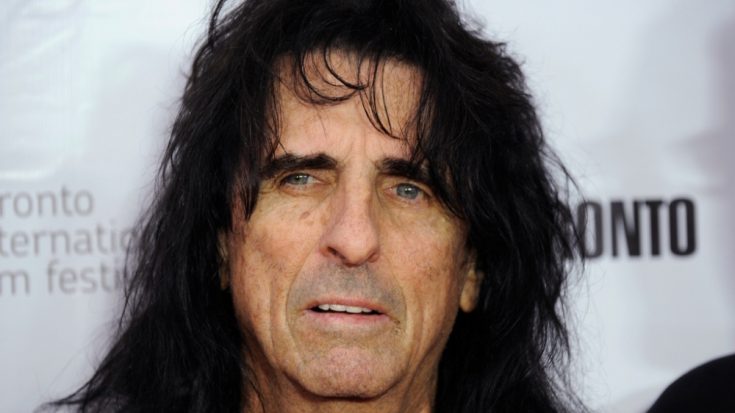 So, it’s pretty well known by this point that Joe Perry had collapsed on stage and sent a scare to everyone involved. It was later revealed that the collapse was the result of dehydration, not cardiac arrest. In fact, the doctors said that Joe Perry‘s heart was very strong. The person who has been the most outspoken regarding this scary incident has been Rock And Roll Hall Of Famer Alice Cooper. He has spoken on this topic many times, and he’s at it again. Here’s some of what he had to say.

Alice Cooper sits down with Rolling Stone Magazine in regards to the incident –  “It scared the hell out of me. The lyrics to Raise the Dead, the first song we played that night, go, ‘Cardiac, heart attack … they never feared the reaper,’ and I look around the stage and he’s gone. He was lying behind an amp on his back, and I went, ‘Oh, my God.’ We didn’t know what happened until after the show.”

Aerosmith does two shows a week, but we were on our eighth show in nine days, and I’m used to working like that. I’m used to working an hour and 40 minutes or two hours, five nights a week. I was in shape and so was Johnny and everybody else. I think Joe was not ready for that kind of pace.”

“We were doing 25 to 30 songs with no break. You’re in fourth gear, and there’s no 24-hour resting period. I think it just caught up with him. He finally got up onstage, dehydrated. And I think he was exhausted. He told me the night before he hadn’t eaten in two days.”

This was obviously a scary time for everyone involved, especially Joe Perry‘s family. Luckily, he’s already back on stage doing what he loves and that is shredding the guitar! We just hope that he remains healthy enough to keep doing these shows!