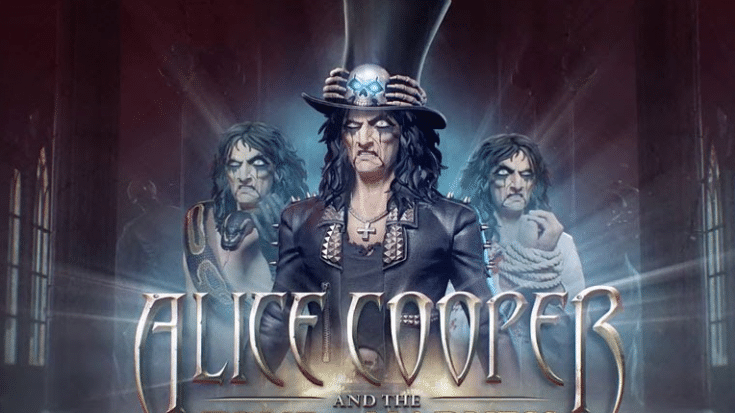 Alice Cooper has released a new spoken-word album titled Alice Cooper and the Tome of Madness.

The record is available to purchase on Metal Department in two limited edition 12-inch black or yellow vinyl variations. Each variant will be limited to only 500 copies and sells for just under $30.

The Alice Cooper and the Tome of Madness album serves as a perfect companion piece to the official Alice Cooper online slot game that was released last year.

The back story of the game is a standard slot machine fare, Cooper writes his memoirs in a strange journal (the titular Tome of Madness) will accidentally summon various Coopers from different dimensions. Now he must keep writing to stay alive, and players can free him by landing on three keys in the same spin.

The record comes packed in a deluxe gatefold-sleeve with artwork taken from the game and a long spoken-word track where you can hear Cooper himself narrate a horror story of The Tome Of Madness.

In an interview, Cooper shared his excitement to resume touring after more than a year off the road due to the coronavirus pandemic saying:

“Other rock ‘n’ roll shows you’re gonna get up there and play your songs. Great. With this show it’s also the fun of the show and remembering all the little nuances that worked. It’s just about getting back on the boards and feeling comfortable with the show, and then all of a sudden you go, ‘Oh yeah, I remember what we did there,’ or ‘I’ve always wanted to change that. Let’s change that now.'”