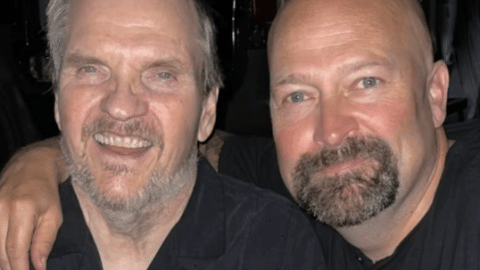 The late rock legend Meat Loaf‘s last television appearance is set to be aired in a new episode of the US paranormal series Ghost Hunters.

Recorded four months before his death, Meat Loaf joined the Ghost Hunters team to investigate the “Haunted House on the Hill,” an old farmhouse in Tennessee that was shown in the episode’s trailer uploaded on the Facebook page Travel Channel owned by Discovery, Inc.

Not many people know that the iconic singer is not new to the paranormal. In fact, he first teamed up with Ghost Hunters in 2009 investigation and worked with them numerous times afterwards. Meat Loaf and the star of the ghost hunting show, Jason Hawes, was also long-time friends.

“A lot of people don’t realize with Meat Loaf that he’s been investigating claims of the paranormal for a long time. That’s actually what sparked our friendship and we’ve been hanging out ever since.”

“I am so incredibly honored and thankful to Jason and the team for inviting me out again.”

Travel Channel wrote in the caption of the episode’s preview:

“In memory of our friend and fellow paranormal investigator. We were blessed to have spent one last investigation with you.”