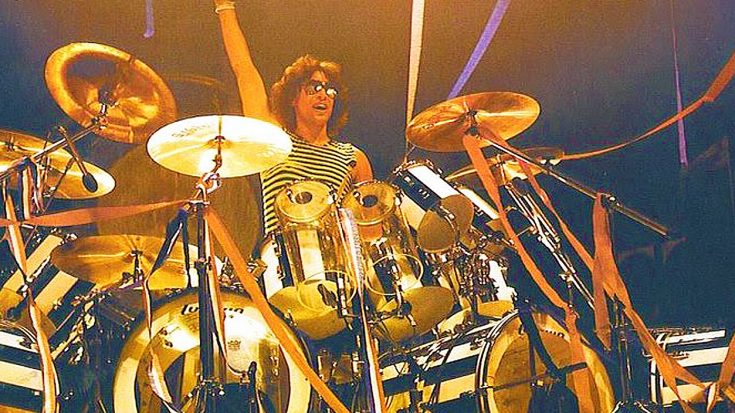 One of the most overlooked members of Van Halen, is drummer Alex Van Halen. The older of the Van Halen brothers is often pushed under the limelight, because his brother is arguable one of the greatest guitarists of all time!

During a concert, Alex decided to steal a little bit of the spotlight for five minutes, and ripped an unbelievable drum solo! The fills he pulls off are incredible, and his work with the double bass is second to none! There’s a portion in the solo that sounds similar to the intro of “Hot For Teacher.” Unfortunately, they don’t directly go into that song, but when the band comes back in, they all are amazed by Alex’s skills!

Fun Fact: For the layered effect at the beginning on “Hot For Teacher,” Alex Van Halen strung together four bass drums. The rest of it he played using two. It is a great example of double bass drumming.

Check out Alex’s ridiculous  drum solo down below! You’ll be amazed for sure!