Alex Lifeson Talks About Goals With New Band Envy Of None 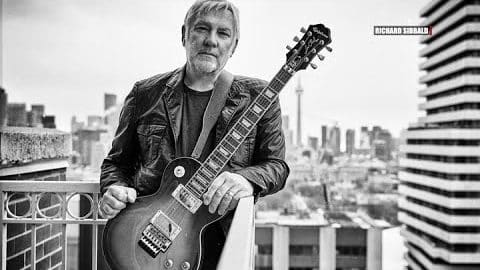 In 1968, Rush has maintained its place in the rock music scene for over 40 years. After Neil Peart’s unexpected illness and death, the members of the band decided to call it quits. Four years after their disbandment, Alex Lifeson and his former bandmate Geddy Lee recently reunited on stage at Red Rocks Amphitheater in Denver.

On the other hand, Lifeson, embarked on new musical projects. He did solo performances and guest appearances on various albums to name some. Most recently, he started joining Envy of None (EON) which entered the music world in 2021.

Differentiating from Rush’s traditional sound with its diverse musical elements, the band has continued its musical career ever since. On August 8, they officially announced their debut album consisting of 11 songs. In a recent interview, the musician talked about the debut album of EON and shared his goals for his new band’s musical project.

The guitarist said he likes to try new things in EON by explaining that the music he makes with them encourages him to step out of his comfort zone. The Rush icon added that he didn’t want to do the same old thing and wanted to create something that was “in the service of the song,” which was his underlying rule for EON.

He also stated that familiar tones could be a part of his own personality, but he likes to push himself to try new sounds while playing with this band. Lifeson stated:

“I don’t know. I was not aware of that. I certainly didn’t work on that path. If there is, it’s only because it’s part of my personality, I suppose. But because we were all working together on this, and it wasn’t a solo record, there was much more inspiration from all the other members of the project. My only goal was to make as many guitar parts not sound like a guitar as I could, and I love the challenge of that. I just didn’t want to do the same old thing, and I wanted to create something else that was in the service of the song. That was my underlying rule for this project.”

He also shared that other band members also encouraged and inspired him to try new things:

“Alf and even Andy did some great guitar parts. I really like a lot of the stuff that Alf put on, and I didn’t feel that I needed to replace it as ‘the guitarist.’ I just wanted to feel that I could fill space and fill the rhythm and build up the rhythmic quality of songs. I just had a different sense of what my job was on this record, while Victor was definitely more focused on performance and being scared to death of doing something on my own.”

Currently, he still continues to perform solo, appear as a guest on other albums, and work with EON all at once.