Album Review: You Can Tune a Piano, but You Can’t Tuna Fish by REO Speedwagon 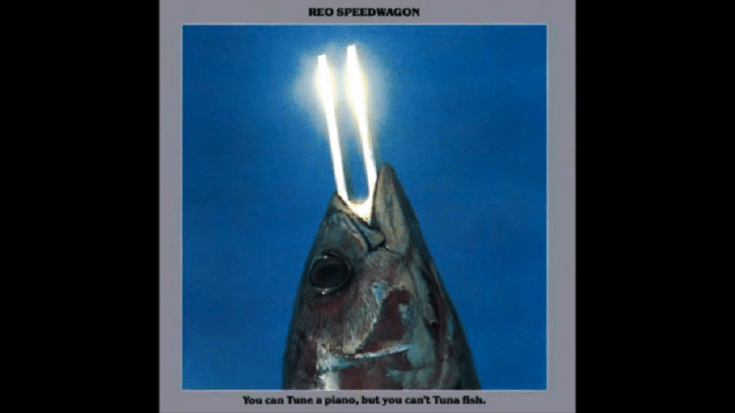 The title may be a mouthful but it was REO Speedwagon’s first album to break into the top 40 on the US Billboard 200. It has since been certified 2× Platinum by the RIAA. The guitar work and vocal performance are impressive. The songwriting is pretty solid and they managed to make catchy hooks. It sounds louder, heavier, and more crisp. It’s straight-up rock.

REO Speedwagon is not everyone’s cup of tea but for anyone who likes classic rock, at least give this record a try. Admittedly, it’s far from perfect. Both the title and the cover art look like a joke. Nevertheless, it spawned two of their most popular songs – “Time for Me to Fly” and “Roll with the Changes”. They weren’t chart-toppers but they did become instant classics.

Roll with the Changes is a piano-based rock number that sets the tone for the whole album. From the guitar solo to the organ solo and vocals – everything’s on point. They slow it down a bit with Time for Me to Fly – a song ahead of its time because it sounds so much like those power ballads that dominated the airwaves in the ’80s. Runnin’ Blind is catchy and enjoyable enough but doesn’t exactly stand out. Blazin’ Your Own Trail Again is another ballad that doesn’t do much for us. It’s alright but not something we’d listen to a second time. Sing to Me is surprisingly good especially with that heavy solo.

Lucky for You is a hard rockin’ number that we liked except for Kevin Cronin’s vocals. Gary Richrath’s guitar work is perhaps the track’s only redeeming quality. Do You Know Where Your Woman Is Tonight? has that Southern rock flavor and once again, Richrath shined. The Unidentified Flying Tuna Trot is interesting at the beginning but somehow fails to hold your attention even though it only clocks in at a little over two minutes. Say You Love Me or Say Goodnight is straightforward rock that’s chaotic, in a good way. Everyone delivered the goods.

You Can Tune a Piano, but You Can’t Tuna Fish has a few fillers but it’s still a monumental achievement for REO Speedwagon – proof that if they wanted to, they can serve up seriously good rock tunes.