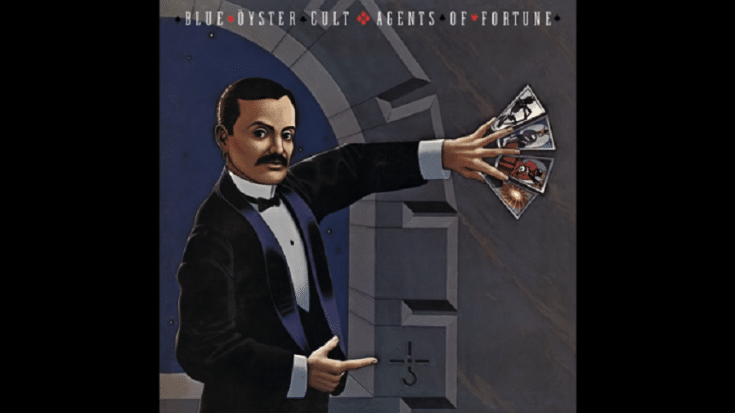 Blue Öyster Cult deserves praise for the huge risk they took with Agents of Fortune. It retained the dark, spooky and somewhat mysterious vibe of their past recordings but in more ways than one, it was startlingly different from their original sound. It paid off in the end because it’s their most commercially successful album – it peaked at #29 on the US Billboard 200 and #26 on the UK Albums Chart. It also received platinum record status from the RIAA. BÖC went from being cult icons to full-fledged rockstars.

Agents of Fortune offers diversity and accessibility but on the downside, it lacks coherence. Comparatively, this is softer than their other LPs and they leaned more towards melodic tunes than the fast and heavy-hitting songs fans were used to hearing from them. Rooted in hard rock, they also incorporated elements of prog-rock and heavy metal.

It kicks off with This Ain’t the Summer of Love – a high octane and edgy track. It’s a strong start but a little too short for us – clocking in at a little over two minutes. True Confessions is a piano-driven song that’s an easy listen. It’s lighter than the opener but more forgettable too. Then comes the tour de force (Don’t Fear) The Reaper, BÖC’s biggest hit. From the easily recognizable guitar riff at the beginning to the explosive but kind of creepy guitar solo – it’s the highlight not just in Agents of Fortune but in the band’s entire catalog. Saturday Night Live‘s “needs more cowbell” skit only added to its popularity. The spacey jam E.T.I. (Extra Terrestrial Intelligence) is another standout with its catchy guitar riff and chorus, stellar vocal performance, and killer solo. The Revenge of Vera Gemini with the eerie spoken opening lines and Patti Smith’s backing vocals wraps up side one – it may sound out-of-place at first but actually helps create balance within the LP.

Sinful Love packs a lot of punch with its intro but other than that, there’s no other redeeming quality to be found. Tattoo Vampire is haunting and otherworldly. Morning Final is a bit pop-ish but smooth and melodic. Eric Bloom takes over the lead vocal duties on Tenderloin and does a good job of it. Debbie Denise is an entertaining acoustic ballad but not the best choice to close the album.

Agents of Fortune is a solid effort and an essential Blue Öyster Cult record at that. For traditionalists, however, it was a big letdown and understandably so given that BÖC was clearly aiming for radio-friendly hits. BÖC may be in top form but this is not their absolute best work. It’s a culmination of what worked for them in the past and the new sound they were experimenting with. It has its flaws but it remains a landmark album in rock.