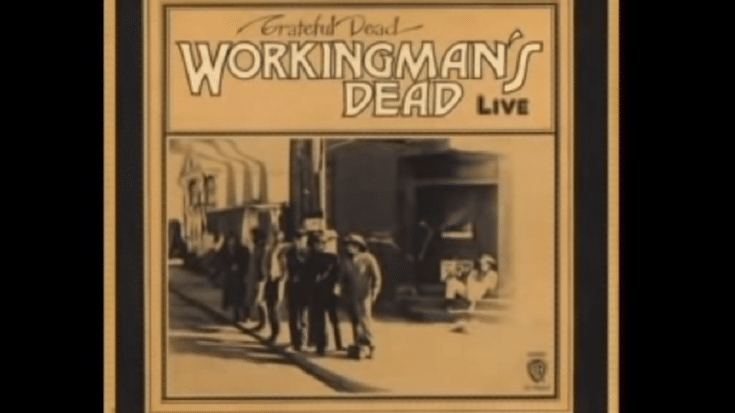 A Huge Leap For The Dead

After accumulating considerable debt while recording Aoxomoxoa, the Grateful Dead also had to deal with a recent drug bust in New Orleans which could have easily landed them in jail. It was clearly not the best time for the band but working on the “Workingman’s Dead” served as a respite from their mounting stress and frustration. Jerry Garcia even said in an interview, “In midst of all this adverse stuff that was happening … [recording the album] was definitely an upper.”

The Dead were one of the few who sounded so much better live. Their recording sessions couldn’t capture the same energy and magic present in their concerts and extended jams. But surprisingly, they delivered the goods for this album. Compared to their other LPs, this one was more focused.

They used their influences to create rustic and more sublime sounds. Changing their style was a double-edged sword – it could work in their favor or not. There was also the possibility of alienating fans who fell in love with their earlier works. They touched on folk, blues, and country, and they kept it simple. From the harmonies to the arrangements, it was dark but beautiful.

Uncle John’s Band is a highlight of the album. The melody and vocal harmonies are reminiscent of Crosby, Stills, Nash & Young which is why purists weren’t too fond of it. Nevertheless, the drumming and guitar work are too stellar to ignore. High Time finds The Dead leaning towards country territory. It’s slow and melancholic and while Garcia’s voice isn’t at par with rock’s greatest singers, his delivery had the right emotion to convey the sadness. Dire Wolf is a twangy number that’s another standout in Workingman’s Dead. It’s quite haunting listening to the words “Don’t murder me” in an uptempo song. New Speedway Boogie has enough edge and attitude to remind us that at the very core, The Dead will always be rockers.

Cumberland Blues has a country flavor with some lovely banjo picking by Garcia. Also, the track is more bluegrass than blues. Black Peter is a slow but pretty powerful ballad. It’s one of the most under-appreciated songs on the album. Pigpen’s raunchy vocals take center stage on Easy Wind. But everything about it is pure magic – the lyrics, the bass playing, the guitar work, drumming, and of course, the harmonica solo. The anthemic Casey Jones is a fan-favorite. Everyone has heard it at least once, even non-Deadheads. While it’s not the best in their catalog, it’s still an essential Dead track.

Workingman’s Dead is a pivotal moment for the Grateful Dead. Although it was overshadowed by the release of its follow-up American Beauty five months later, it’s hard to deny the group’s creativity and musicianship. They could turn their backs on furious and hard-hitting psychedelia and fully embrace acoustic music and they will manage to impress either way.