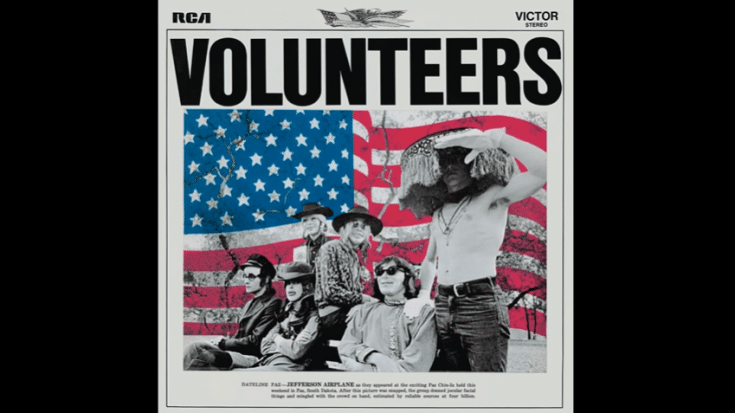 Of Defiance and Revolution

With Grace Slick being the poster child for the Summer of Love, she’s always been vocal about her political stance and her views on various social issues. And so it didn’t come as a surprise that her band Jefferson Airplane would soon lend their platform to air out their dissatisfaction with the American government. Their fifth studio album, Volunteers, attracted controversy because of the original LP title (Volunteers of Amerika) and the lyrics. Jefferson Airplane basically fought with RCA Records because of the lyrical content.

Released on November 1969, it’s one of the most overlooked LPs of the ’60s. It’s powerful and they definitely got their message across. In only two years, they went from singing about peace and love to basically calling for a revolution. There was no shortage of anti-Vietnam War songs but Jefferson Airplane took it to the next level. The songwriting, musicianship, arrangements, and vocal performances – they weren’t playing around, they meant business.

“We Can Be Together” kicks off the LP with a stellar guitar work. It’s rather lengthy, clocking in at close to six minutes. Nevertheless, the entire track screams defiance. They slow things down a bit with “Good Shepherd” which is calm and peaceful just before Jorma Kaukonen goes off with an epic guitar solo that made this track stand out. They enlisted Jerry Garcia’s help on the pedal steel guitar for “The Farm” giving it that hippie and rural feel. “Hey Fredrick” is one of the key tracks. This psychedelic number showcased their musicianship. No matter how many times you listen, it still sounds fresh and exciting.

Stephen Stills plays the Hammond organ on “Turn My Life Down” which offers variety to the LP. It’s refreshing and is an underrated gem. “Wooden Ships” is a Crosby, Stills & Nash original but Jefferson Airplane’s version is much more haunting and eerie. Slick’s vocals is otherworldly. “Eskimo Blue Day” is one of their finest musical moments as a group. The soaring vocals and instrumentation are on point. “A Song for All Seasons” has interesting lyrics while “Meadowlands” may be the shortest track at a little over a minute but it’s hands-down beautiful. The LP wraps up with the title track which is fiery and a classic through and through.

“Surrealistic Pillow” is often tagged as their best work but “Volunteers” is definitely up there too.