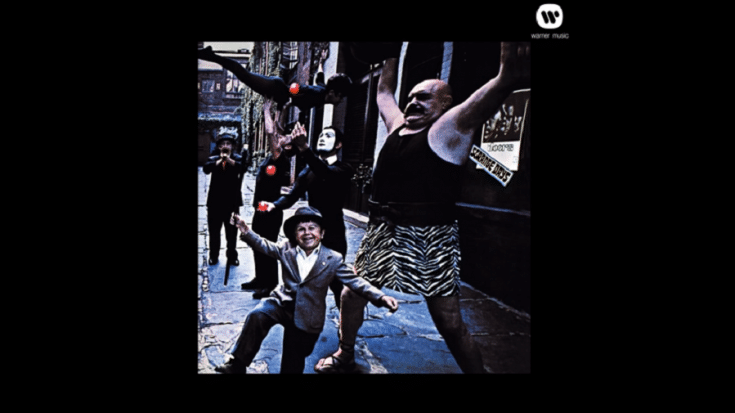 The Doors had a stunning debut thanks to their eponymous LP released in 1967. They churned out their sophomore studio effort a few months later which is why it’s a carbon copy of its predecessor. In fact, most of the songs were written around the same time as those which were included on The Doors. The thing is, most of the material that appeared on their first LP were those with more commercial appeal.

Thus, it’s no surprise that there’s a certain continuity with “Strange Days.” While there were those who said it fell short of everyone’s expectations, we beg to disagree. It’s one of their most underrated LPs and it may not be as accessible as The Doors but it’s just as magical.

“Strange Days” is dark, hypnotic, and moody. The songwriting and musicianship are top notch. Unlike The Doors, “Strange Days” has no filler, no weak musical moment. From eerie to catchy numbers, the band was at their peak when they worked on the LP. Even the overlooked tracks are still as spectacular as the more popular ones.

The title track sets the mood for the entire LP. It’s a bit eerie and disturbing, an essential Doors song. “You’re Lost Little Girl” is a soft ballad that’s still on the heavy side. It features fine guitar work by Robby Krieger. It’s somewhere between being dreamy and menacing. “Love Me Two Times” is catchy and bouncy, and it serves as a breather after the dark vibes of the first two songs. One of their hits, it’s a bluesy rocker that’s something we’d put on repeat. “Unhappy Girl” is a psychedelic tune that’s rather short but beautiful all the same. It definitely captured the ’60s sound. “Horse Latitudes” is a spoken word piece that may initially seem out of place but again, “Strange Days” reflects the band’s most creative phase and Jim Morrison truly shined even with this short poetry. “Moonlight Drive” is funky and trippy. The buildup is awesome and is a great way of wrapping up side one.

“People Are Strange” is a highlight of the LP. The enjoyable tune somehow masked the dark lyrics. It ends way too soon, though. “My Eyes Have Seen You” offers a quick respite from the other moody tunes. It’s good but not that memorable. “I Can’t See Your Face in My Mind” is bizarre and haunting. Everything then comes together with the 11-minute “When the Music’s Over” which showcased The Doors’ impressive musicianship. Even Morrison’s vocal performance is otherworldly.

“Strange Days” may have used the same formula from The Doors but it’s much more refined. It lived in the shadow of its predecessor but it’s brilliant in its own right.