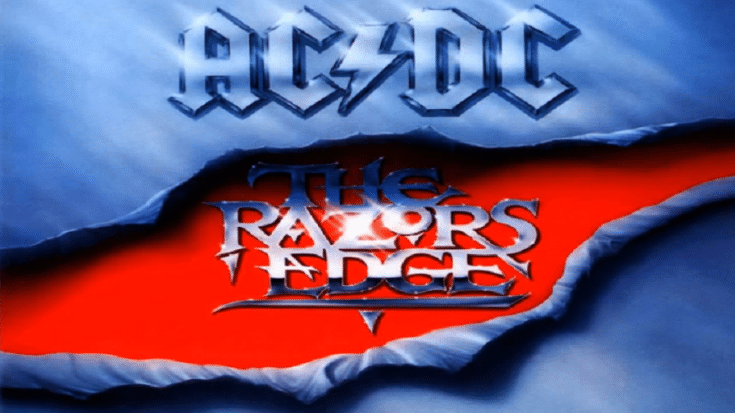 It Was A Long Time Coming

By 1990, AC/DC were no longer at their prime. They were veteran rockers who released records every couple of years but those were not in the same league as Back in Black, Highway to Hell or Dirty Deeds Done Dirt Cheap. Even so, they were far from being creatively spent. They were still brimming with energy and ideas. Some say their music is formulaic, then again, it obviously still works.

Their strongest effort in almost a decade, The Razor’s Edge has all the elements we love about AC/DC – aggressive, unapologetic, rowdy, and heavy-hitting. It’s not their finest record but it’s still one solid and cohesive album for all that. After hiring producer Bruce Fairbairn who worked with Bon Jovi, Aerosmith, and KISS, it was pretty obvious the band was getting desperate to get back in the game.

Except for Thunderstruck, Are You Ready, Moneytalks, and the title tune, there were some forgettable tracks. All things considered, it’s a good comeback. The thing about consistency though is that it’s a double-edged sword. There’s always the possibility of replicating past success but it can also sound dull and monotonous. And that’s the big problem here.

It kicks off with Thunderstruck – the star of the album. It has all the trappings of an AC/DC classic – punchy, headbanging, and hard rocking. Not to mention the killer riffs that made this an anthem. Fire Your Guns is another searing, blistering number. Moneytalks is catchy, upbeat, and highly addictive. And it’s actually their highest charting single in the US. The title track is rather dark and menacing. The guitar solo and buildup makes this hard to ignore. And what’s AC/DC without testosterone-driven lyrics? Mistress for Christmas is the biggest telltale sign that they hired Bon Jovi’s producer. It’s silly, cheesy, and we don’t know how Brian Johnson managed to sing it without cracking up. Rock Your Heart Out is fun and funky but offers nothing else to make it stand out.

Are You Ready also has killer riffs and is overall, a fist-pumping anthem. Got You By The Balls is entertaining enough but still on the bland side for us. Shot of Love is nothing special, just your typical AC/DC fare. Let’s Make It has a good riff and is a pretty okay all in all. But again, there’s nothing new or exciting. Goodbye and Good Riddance to Bad Luck is downright boring. The title’s more interesting than the track itself. If You Dare has its moments but it fell short, yet again.

The Razor’s Edge has a few solid cuts and it went multi-platinum. It’s not AC/DC’s worst album but they could certainly have done better.