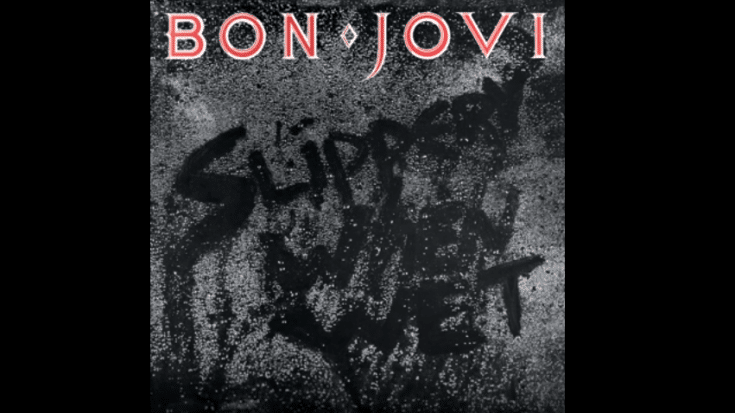 Bon Jovi struck gold with their third studio album “Slippery When Wet” which they released on August 18, 1986. Unlike their first two records, this one was a departure from their heavier and harder sound. Instead, they went the more commercial route and it paid off nicely for them.

Bon Jovi married catchy and infectious hooks with lyrics about the working class, quite similar to themes in Bruce Springsteen songs. Aside from anthems, they jumped on the ’80s bandwagon and added a power ballad for good measure. Not everyone was a fan of their mainstream music but it helped propel them to legendary status and their tracks have remained timeless. “Slippery When Wet” is both relatable and accessible – the two factors that greatly contributed to its staying power.

With the help of songwriter Desmond Child, they crafted songs that would resonate with the masses and therefore receive heavy airplay in radio stations all over the globe. The LP is entertaining, enjoyable, and addicting. Bon Jovi didn’t break new sonic grounds but they helped set the template for the next generation of musicians. It has its weak and oftentimes cheesy moments but overall, it deserved its hype.

Key tracks: You Give Love a Bad Name, Livin’ on a Prayer, and Wanted Dead or Alive.

You Give Love A Bad Name

It still sounds fresh and an absolute earworm at that.

Livin’ on a Prayer

It’s commercially successful for a reason. It easily stands out in the album and remains a popular song in bars and karaoke.

A crowning achievement for the band, guitarist Richie Sambora steals the spotlight with his superb guitar work.