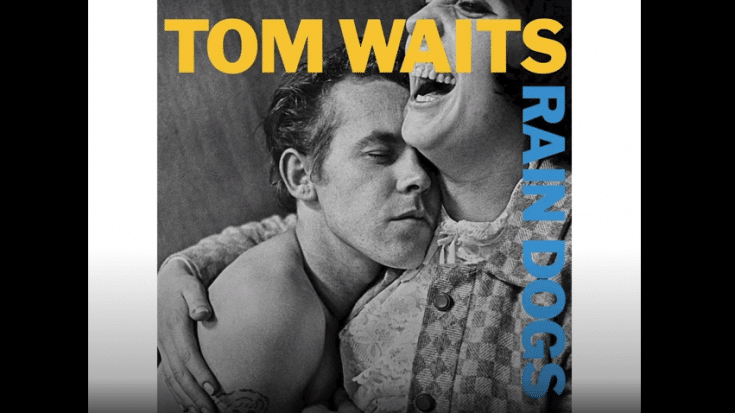 With his eighth studio album “Rain Dogs”, Tom Waits finally claimed his rightful spot in the rock ‘n roll pantheon. It’s the second of a trilogy of LPs and bookended by “Swordfishtrombones” and “Franks Wild Years.” He began reinventing himself with “Swordfishtrombones” but he reached his creative zenith with “Rain Dogs”. And it was nothing short of a masterpiece.

It’s captivating through and through – it didn’t alienate his following and was interesting and enjoyable enough to lure in new fans. It’s an exotic but powerful record and time has done nothing to dim its greatness. Featuring unusual sounds, it’s a loose concept album about New York City. He employed a wide range of instruments which weren’t standard in rock music – marimba, accordion, trombone, and banjo. It shouldn’t work but it did, amazingly so.

Out of the nineteen songs, most of them are near-perfect.

With Waits’ signature raspy voice, “Rain Dogs” is compelling and well-crafted. From the lyrics to the vocals, it has “masterpiece” written all over it. Every song is a wonderful surprise as the LP boasts of enough variety to keep you guessing what’s next.

It’s catchy and definitely one of the highlights of the album.

This song is what we meant when we said exotic.