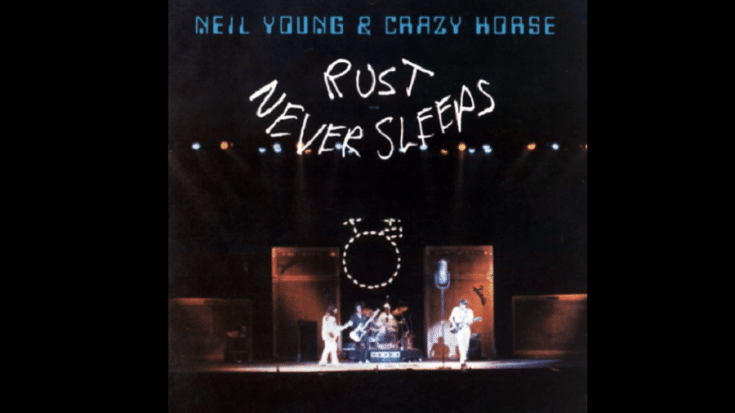 There’s no denying that Neil Young achieved his legendary status because of masterpieces like “Rust Never Sleeps.” Most of the material were recorded live at San Francisco’s Boarding House during Young’s 1978 tour with Crazy Horse. Overdubs were later added and the audience noise minimized. Reminiscent of Bob Dylan’s “Bringing It All Back Home,” the songs are half acoustic and half electric. The end result is one of the most important albums not just in Young’s catalog but in rock ‘n roll as a whole.

The 1970s spawned numerous stellar records but even so, this one stands out. It’s raw, bold, powerful, and straightforward. To sum it all up – the entire album’s magical.

My My, Hey Hey (Out of the Blue) is tight and concise. Thrasher may be slow and mellow but lyrically, it’s one of Young’s strongest efforts. Ride My Llama is another interesting track – not a filler but not a standout either. Pocahontas is a lonely ballad. Sail Away is a lovely end to the acoustic side.

Powderfinger is a straight-up rocker with impressive guitar breaks. Welfare Mothers is hard rocking from beginning to end. Sedan Delivery is aggressive and unapologetic. Hey Hey, My My (Into the Black) is the electric version of the opening track. Young saved the best for last. The face-melting guitar work, distortion, and vocal performance are spot on.

Rust Never Sleeps is an absolute gem. Neil Young had several excellent albums and if we had to choose, this one belongs to his top 5 best works.