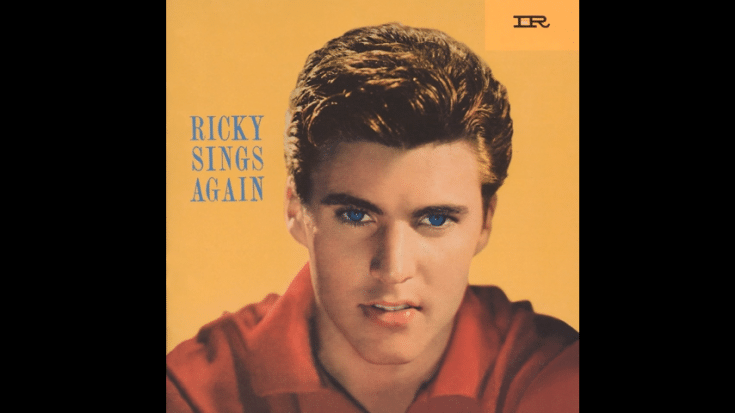 Ricky Nelson’s third album “Ricky Sings Again” may be nowhere near a musical masterpiece but it’s still undeniably good. It’s a solid rock ‘n roll record and as a whole, it’s a fun and enjoyable listen. It’s a mix of covers and originals and perhaps the problem lies with Ricky Nelson sounding so much like his contemporaries in the music industry.

Before the 1960s kicked off, there were already several musicians who laid down the foundation for rock ‘n roll with their groundbreaking and innovative LPs and comparatively speaking, “Ricky Sings Again” cannot compete with any of them. Listening to the album feels like he’s tipping his hat to other rock acts instead of trying to make his own mark. Nevertheless, it does feature a couple of gems. And he also tried dipping his toes into country music territory.

Highlights: It’s Late, One of These Mornings, and Believe What You Say.

Written by Dorsey Burnette, it captured the late ’50s sound. It cracked the top 10 in both the US and UK. And while it doesn’t exactly blow you away, it’s still a fun and easy listen.

One of These Mornings

It’s an upbeat number that just makes you want to dance!

Believe What You Say

Another Dorsey Burnette composition along with Johnny Burnette, it actually sounds fresh and exciting even after all these years.