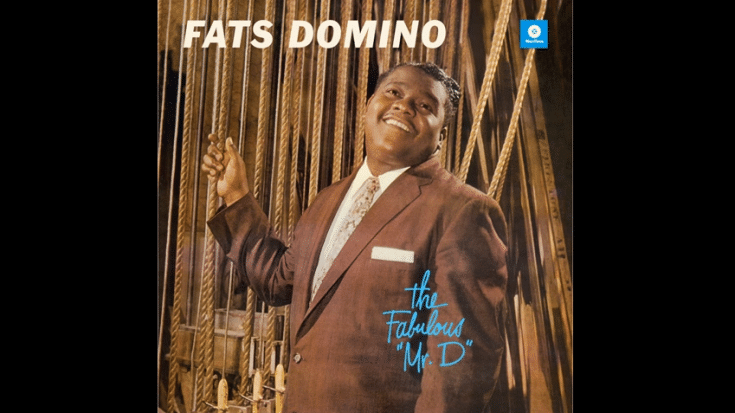 Fats Domino was one of the founding fathers of rock ‘n roll. He was a virtuoso and his influence on countless musicians cannot be stated enough – whether it’s on his contemporaries or the next generation of rock acts. He sold millions of records and helped pioneer the genre. More than the popularity, he brought together black and white fans with his music thus breaking down racial segregation.

From Elvis Presley to John Lennon and Paul McCartney, they all acknowledged his influence on them. Throughout his career, Fats Domino churned out dozens of albums. And like most of his LPs, The Fabulous “Mr. D” is nothing short of magical. It’s consistent and doesn’t disappoint. Yes, it does have a few so-so moments but overall, it’s nothing short of spectacular.

It kicks off the album nicely. There’s not a lot of fluff or flair, just good ‘ole rock ‘n roll. It’s catchy and infectious too.

Fats Domino was more than just a singer, he was a gifted pianist too. Barrel House showcases his virtuosity and it’s something you’d want to put on repeat.

It’s a bit slow and moody but it adds balance to the record.