Album Review: News Of the World by Queen 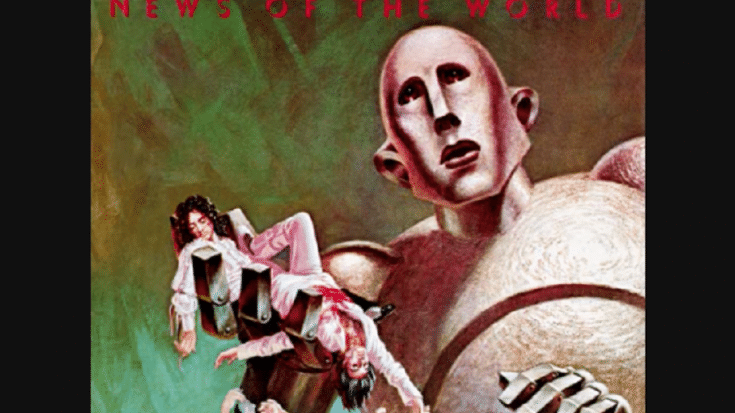 For any other band, following up the epic masterpiece A Night at the Opera would be next to impossible. But because it’s Queen, they managed to do it. Two years after they released the magnum opus Bohemian Rhapsody, they proved they still had it with News of the World. It may not be as inventive and groundbreaking as their other records but it’s a solid album for all that. It’s straightforward and diverse.

As a whole, the songs don’t mesh perfectly together but individually, they all have their moments. Queen may be less inspired but the raw power is still there. They were far from being creatively spent. It’s rock ‘n roll but with a touch of flamboyance that reminds us, it’s Queen after all.

The album kicks off with a one-two punch – We Will Rock You and We Are The Champions. A foot-stomping chant followed by a rousing ballad, these two anthems hold well even after over four decades. They wrote it specifically to allow the audience to participate in concerts. Freddie, who penned We Are The Champions, wanted “something that the fans could latch on to.” Sheer Heart Attack is a heavy-hitting and tough number which was long believed to be their response to the burgeoning punk rock movement. And even though The Sex Pistols was recording next door to them, Roger Taylor actually wrote it way back in 1974. Things slow down a little bit with the melancholic All Dead, All Dead. Brian May drew inspiration from the feeling of loss he felt as a kid when his cat died. The sweet ballad Spread Your Wings is uplifting and inspirational – and Freddie’s vocal performance is truly stellar. Fight from the Inside is a catchy track with pretty good riffs. It’s a near-standout.

Get Down, Make Love is dirty and funky and clearly one of their more explicit songs. It’s on the weaker side though since it’s way too repetitive for our taste. Sleeping on the Sidewalk was recorded in a single take which was unusual for Queen. Despite their penchant for perfection, this bluesy shuffle has according to May, “that kind of sloppy feel that I think works with the song, which we never would have dreamed with the previous albums.” The spontaneity that they wanted to show didn’t really work for us here. Who Needs You is yet another forgettable song but that’s not to say it’s bad. It has that Latin flavor that’s fun and relaxing but it’s not their strongest effort. It’s Late is a hard rock tune that showcased May’s impeccable guitar playing. The LP wraps up with the jazzy My Melancholy Blues and Freddie’s vocals take center stage.

News of the World is not perfect. It cannot compete with A Night at the Opera but even its weak songs are good. Everyone shined in this album.