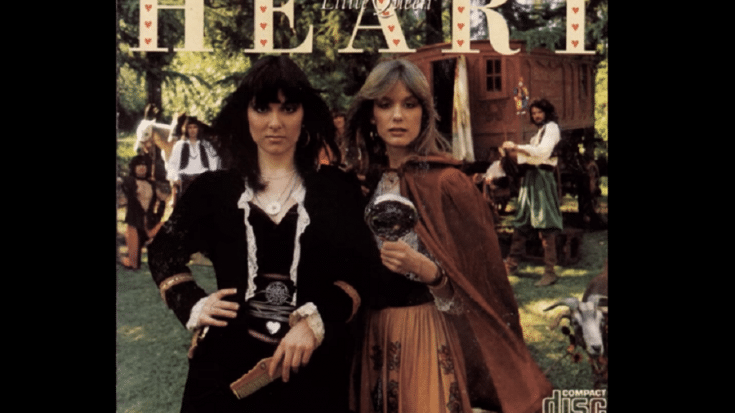 Heart had an impressive start with Dreamboat Annie but it wasn’t until they released Little Queen on September 1975 when they finally managed to solidify their spot in the rock ‘n roll pantheon. Their sophomore album is hard rockin’ and heavy-hitting but it also showed Heart’s softer side with power ballads and acoustic numbers peppered throughout. They were brimming with energy and ideas and it reflected on the songs.

It’s still edgy but it had its moments that proved Heart was growing and maturing musically and lyrically. You can hear some of their influences but they also added their own flavor and style.

Little Queen was a monumental achievement especially considering that they had looming legal troubles with Mushroom Records. And even with the release of the half-baked Magazine, Little Queen emerged triumphant and is still regarded as one of the best LPs of the decade.

It kicks off with the raunchy rocker Barracuda which would eventually become their signature song. It’s as metal as it can get. They immediately slow things down with Love Alive which is totally unexpected but still works. Sylvan Song is a gorgeous instrumental while Dream of the Archer is reminiscent of Led Zeppelin’s The Battle of Evermore. Kick It Out is another fist-pumping rock number.

The title track is interesting enough but doesn’t exactly stand out. Nancy Wilson takes over the lead vocals duty for her own composition Treat Me Well. Say Hello is catchy and fun. Cry to Me is an acoustic fare and beautifully done too. The vocal performance is spot on. However, Go On Cry is a pretty weak way of closing the album.

Overall, Heart was propelled to another level of superstardom with Little Queen. Mushroom Records attempted to sabotage them but in the end, it all worked out in Heart’s favor.