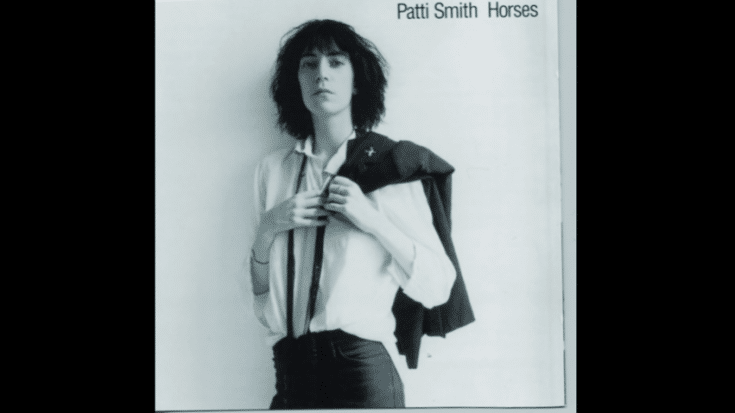 The Work Of A Genius

Patti Smith announced her arrival into the rock ‘n roll scene with an album so stunning and spectacular, it made her an instant legend. Some musicians take their sweet time in finding their sound and further refining it but for Smith, she had a vision and she had a clear-cut idea on how to achieve it.

At a time when rock emerged as a reigning genre instead of an underdog, when rockstars became obsessed with luxurious and hedonistic lifestyles, and when it was more about filling stadiums and arena than the music, Patti Smith came and stripped away all of rock’s excesses. The result is her debut LP “Horses” which brought back what rock was about – youth, defiance, and rebellion.

While she was relatively new to rock ‘n roll, she has already established herself as a massively talented poet. She’s an artist through and through and that seeped into her musical works. Smith paid tribute to fallen rock legends like Jimi Hendrix, Jim Morrison, Brian Jones, and Janis Joplin.

“Horses” opens with the now-iconic statement “Jesus died for somebody’s sins but not mine.” It was a line from a poem she wrote a few years back titled “Oath.” That alone gets the listeners hooked. Patti Smith created a masterpiece with “Horses” and in turn, it became one of the most influential records of the ’70s – its impact could be heard in several post-punk and alternative rock music. It’s also one of the few LPs worth the hype.

A powerful opening track and it captured Smith’s essence as an artist.

A marriage of rock and reggae – it shouldn’t work but it did.

It’s a look back at her childhood in New Jersey.