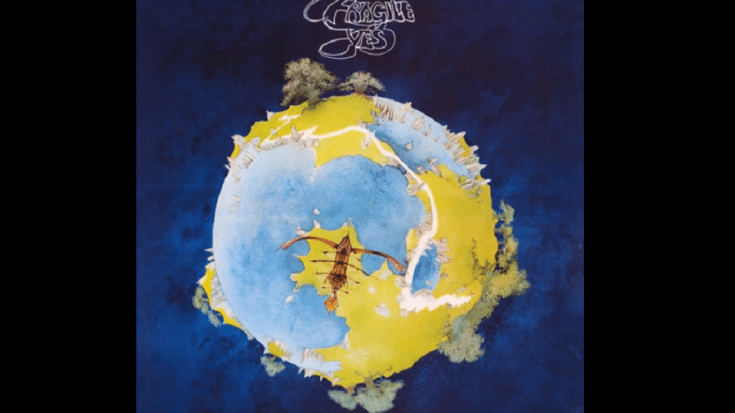 YES has had several lineup changes that sometimes it’s difficult to keep track who’s playing on what record. Nevertheless, even those who aren’t ardent fans of the progressive rock titans know the classic lineup who worked their magic on YES’ breakthrough album “Fragile.” Their fourth studio LP transformed them from being cult icons to global superstars.

From the sleeve design to the songs – it was the very definition of a perfect record.

It was the addition of Rick Wakeman that expanded YES’ sound. Their music became harder, bolder, and more aggressive. And yet, they also showed they could hold back when necessary. Each member played on their strengths and every single one of them had their shining moment. Fragile is concise, focused, and hands-down spectacular – it showcased the virtuosity of Wakeman, Jon Anderson, Steve Howe, Chris Squire, and Bill Bruford. Their musicianship and sheer brilliance remain unrivaled.

Roundabout is a musical journey all in itself. It’s a genre-defining track that other prog-rock bands can only wish they came up with. Cans and Brahms is basically a reminder that Wakeman’s a classically-trained pianist and though short, it’s a splendid addition to the album. It’s his interpretation of the third movement in Johannes Brahms’ 4th Symphony in E minor. Anderson’s We Have Heaven is enjoyable and interesting but not exactly mind-blowing. South Side of the Sky is pretty intense and has that otherworldly feel.

Five Per Cent for Nothing is something that could only come from a genius like Bill Bruford. It’s wild and chaotic but in a good way. Long Distance Runaround is a classic and an important song in the band’s catalog. It may be on the commercial side but it’s still stellar all the same. Squire takes center stage with his superb bass solo in The Fish (Schindleria Praematurus). On its own, it’s easy to appreciate Squire’s talent and versatility. Mood for a Day is just Howe and his guitar but even that alone is mesmerizing. This acoustic piece should’ve been difficult to follow but YES decided on the most fitting closer – Heart of the Sunrise. There’s no other word for it but ‘masterpiece.’

Fragile is beyond definition. Even with songs that others deem as fillers, it’s a flawless album. And it set the bar high for every other prog-rock group.