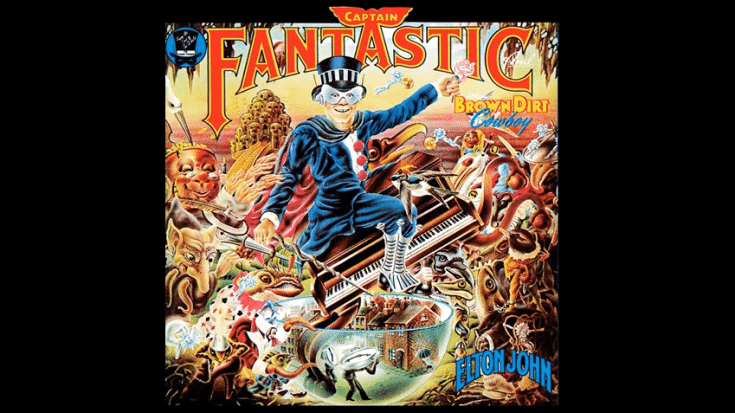 In the ’70s, Elton John was on a roll. With the release of Goodbye Yellow Brick Road in 1973, he became a household name. And with its massive success, it would’ve been difficult to follow it up which is why Caribou somehow paled in comparison to GYBR. But come 1975, John dropped “Captain Fantastic & The Brown Dirt Cowboy.” It wasn’t as accessible as GYBR but it was just as brilliant and magical.

He already broke into mainstream and so instead of radio-friendly songs, John felt he had the creative freedom to follow what he wanted as an artist instead of subscribing to what will sell the most. The result? “Captain Fantastic & The Brown Dirt Cowboy” reinforced his status as a groundbreaking and revolutionary musician – one of the best the decade has to offer. The songwriting, execution, and performance are splendid. It may not be flashy but it’s clearly one of the most important works in John’s canon.

The title track has a country flavor to it. “Tower of Babel” is a bit dramatic but mesmerizing all the same. It’s also catchy and easy to fall in love with. “Bitter Fingers” is another easy listen. “Tell Me When the Whistle Blows” is on the groovy side. “Someone Saved My Life Tonight” is the key track and rather personal to Elton John – it alluded to the time when John contemplated suicide and also made a half-hearted attempt at taking his own life. His friends especially Long John Baldry helped him make it through.

“(Gotta Get A) Meal Ticket” is an upbeat rock number and John slows things down with “Better Off Dead”. “Writing” is one of the deep cuts – and still as awesome as the other songs. “We All Fall in Love Sometimes” is a ballad that hits you right in the feels. “Curtains” wraps everything up nicely.

“Captain Fantastic & The Brown Dirt Cowboy” is an emotional but wonderful listening experience. It’s a mix of uplifting and heartwrenching songs. It’s Elton John at the height of his powers.