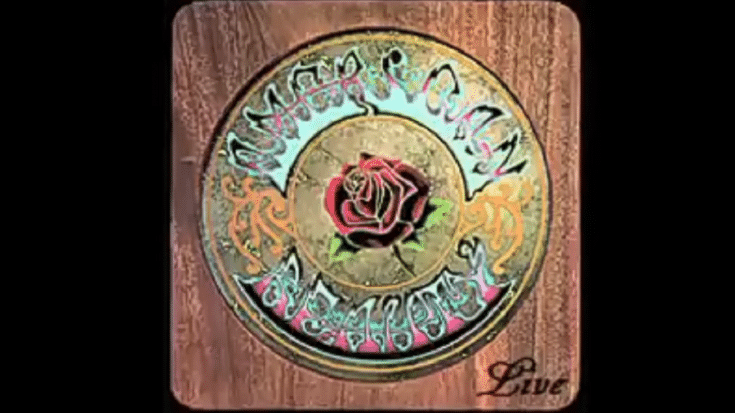 On November 1, 1970, the Grateful Dead released what would become their crowning achievement – their fifth studio album, American Beauty. Hot on the heels of Workingman’s Dead, the band leaned towards folk rock and Americana for these two records instead of the usual psychedelia reflected in their previous LPs. It was a risky move even for a band who’s no stranger to musical experimentation.

American Beauty features some of their finest compositions. It’s more focused, relaxed, and moving. They were clearly at the height of their creative powers. At this point, most of their followers know the Dead excelled in live setting. Their concerts were so much better than their recordings but, American Beauty proved to be the exception. Even as they favored softer songs, they didn’t lose their credibility as rockers. Robert Hunter also shined by writing some of his most poetic and brilliant lyrics. From the vocal harmonies to the arrangements, this is clearly a masterpiece.

There are highlights but there’s not one bad song here.

Box of Rain is flawless from beginning to end. It’s a bit melancholic but beautiful nonetheless. Friend of the Devil is another Dead classic with David Grisman’s mandolin playing taking the whole song to the next level. Bob Weir shines on the anthemic Sugar Magnolia. Operator is a bluesy number while Candyman is still a stellar song but easily overshadowed by the other tracks on the album.

Ripple kicks off side two and the mandolin playing once again created a sonic landscape that’s beyond mesmerizing. Brokedown Palace showed the band growing and maturing musically. Till the Morning Comes is catchy and infectious. Attics of My Life invokes feelings of nostalgia. And Truckin’ is still a standout even with so many magnificent songs on American Beauty. It’s not just a highlight of the album but the Dead’s entire discography.

American Beauty is a treasure trove of classics. The Grateful Dead proved their studio recordings could be just as magical as their live performances.