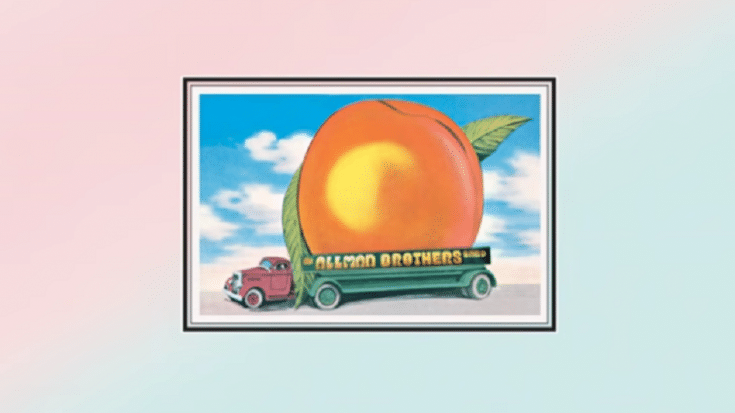 Eat a Peach was the first Allman Brothers Band album without their leader Duane Allman who passed away from a tragic motorcycle accident. It was a difficult time for them because not only did they lose a core member, they also had personal struggles like addiction. Nevertheless, they came through with this tour de force. Because they were already working on the record while Duane was still alive, the LP is a mix of recordings that featured the guitar god and those that they recorded after his death.

The double album was a commercial success and it spawned some of their finest musical works. The musicianship, songwriting, and overall quality – it’s a top-notch studio effort that highlighted the band’s brilliance. With Duane gone, founding members Gregg Allman and Dickey Betts picked up where they left off and pushed on. From instrumentals to acoustic numbers, Eat A Peach captured the band at their best. It served as their tribute to Duane who undoubtedly would’ve been so proud.

Gregg Allman wrote this in 1967 before he co-founded the Allman Brothers Band. They previously recorded two demo versions but the cut on Eat A Peach was their way of tipping a hat to Duane who considered Melissa as his personal favorite and as one of Gregg’s best compositions. After finishing the song, Gregg played it to Duane who commented that it was “pretty good—for a love song” but that it “ain’t rock and roll that makes me move my ass.” Nevertheless, Gregg called it “my brother’s favorite song that I ever wrote.”

The album’s lead single, the song was personal to Gregg because it touched on the death of his brother. It’s about the former coming to terms with what happened.

Written by Dickey Betts, it’s one of Duane’s final live recordings with the band. Before they recorded it in the studio, they already performed it on stage a couple of times. Initially, Betts wanted Gregg to sing lead but Duane told him: “Man, this is your song and it sounds like you and you need to sing it.”