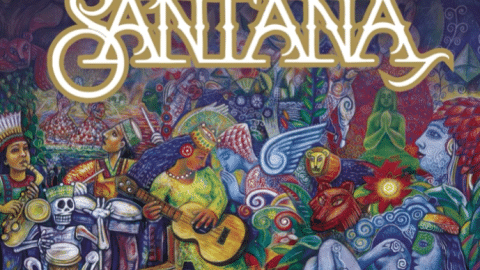 Black Magic Woman was written by Peter Green. Taking inspiration from Otis Rush’s All Your Love, it was first recorded by Green’s previous group, John Mayall & the Bluesbreakers, before Fleetwood Mac released their own version in 1978. It wasn’t a huge hit for Fleetwood Mac but it became a staple in their live repertoire even after Green left the band.

By 1970, Santana took the song and made it his own. His rendition was different because he made it a medley with Hungarian guitarist Gábor Szabó’s 1966 instrumental “Gypsy Queen”. It became one of his biggest hits, peaking at #4 on the US Billboard Hot 100.

While Santana followed the general structure of Green’s blues rock version and had the same melody, the former added elements of jazz, folk, and Latin textures. In typical Santana fashion, he embellished the song by incorporating the use of conga, timbales, piano, and organ. The difference between the cover and the original is already obvious from the get-go especially with the “voodoo” feel and scorching guitar solo intro in Santana’s rendition.

Interestingly though, not every knows that Santana’s quite the same as Fleetwood Mac in that they both started as a blues band. And in fact, Carlos Santana admitted that he “used to go to see the original Fleetwood Mac” and to him, “they were the best blues band.”

So the question remains – which version is better? The cover or the original?

This is one of the few times where we think that the cover trumped the original. It’s just that the Latin polyrhythms that Santana added suited the song perfectly especially with its title Black Magic Woman. Santana sometimes has a way of overdoing things but in this case, he did it just right – added his own flavor to it without taking much from its basic structure. Perhaps that’s why we prefer Santana’s Black Magic Woman because it has that supernatural vibe that suited the track.