After 51 Years, Paul McCartney Performs THIS Beatles Classic For The First Time Ever 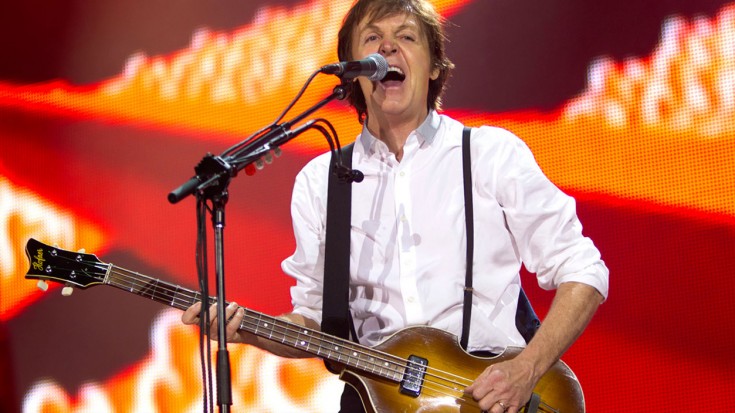 Kicks Off One On One Tour With A Bang

It’s taken more than half a century – 51 years to be exact – but last night, it finally happened: for the very first time, fans saw former Beatle Paul McCartney perform “A Hard Day’s Night” as part of his highly anticipated One On One Tour! A major first for McCartney who’s enjoyed a glowing career as a solo artist since the early 1970s, the Beatles classic came as a surprise to fans who came out in droves to see the tour’s opening show at Fresno’s SaveMart Arena and only expected to hear McCartney’s body of work as a solo artist.

If you’ve ever wondered what Beatlemania looked and sounded like the very first time The Beatles played that funny little opening chord to “A Hard Day’s Night,” wonder no more – the crowd went absolutely wild as they realized what was going on, as excited as they would have been if all four Beatles were actually onstage!

As if that weren’t enough, Sir Paul even threw in “Love Me Do” – another Beatles classic that hasn’t seen the light of day in more than half a century. Wow, if this is what Paul McCartney pulled out of his sleeve on the first night of the One On One Tour, we can only imagine what kind of magic he’ll spin for the rest of the tour!