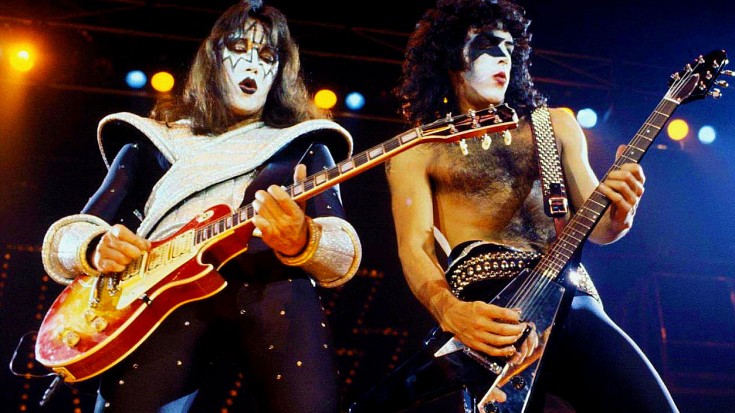 A Reunion 18 Years In The Making

Despite the sadness that’s permeated the rock community as we’ve said goodbye to our leaders and legends, we’ve got even more to celebrate with a sudden burst of surprise reunions from bands and artists we never thought we’d see work together again – even if it’s only for a night. First Axl and Slash, then Cheap Trick and Bun E. Carlos, and this week we see former KISS guitarist Ace Frehley reuniting with Paul Stanley! The two joined forces for Frehley’s recently released solo album Origins, Vol.1 – a rockin’ romp through covers of some of the most classic of rock tunes, with Ace and Paul delivering a blazing take on Free’s 1970 classic “Fire And Water”.

“I thought Paul did a fabulous vocal on it,” said Frehley.

“He jumped at the chance to do this because it’s something that’s outside of Kiss and his character in Kiss, and it gave him a chance to, you know, sing.”

Despite the war of words that’s supposedly occurred between Ace and Paul over the years, they’ve maintained a pretty solid friendship over the years and it shines through on “Fire And Water.” Fans can expect to hear Ace tearing it up on guitar, leaving room for Paul to shine on vocals as he trades his normally high vocals typically heard in KISS classics and opts for a throatier, deeper vocal run that turns “Fire And Water” into a fun, fierce, and bluesy update on a rock and roll classic that’s everything good old fashioned rock and roll should be.