After 3 Years Of Silence, Richie Sambora’s Got Words For Jon Bon Jovi 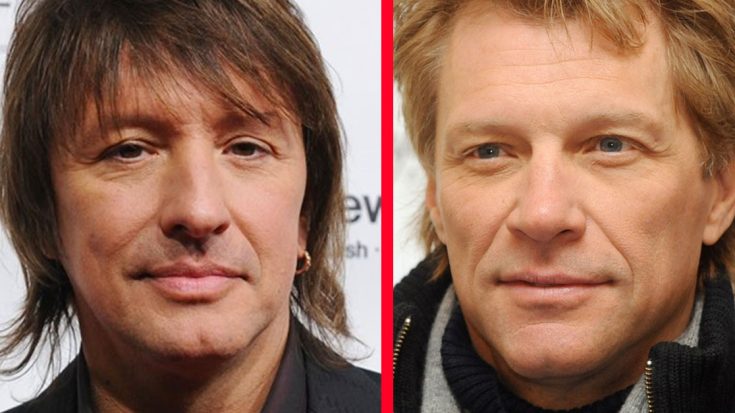 First Words Spoken In Over 3 Years

In 2013, one of the greatest friendships in rock fell apart when Jon Bon Jovi and Richie Sambora stopped speaking to each other following Sambora’s exit from the band after he cited his need to spend more time with his teenaged daughter Ava. For three years it’s been radio silence between the two Bon Jovi founders and principal songwriters, and with Bon Jovi just a week off of the release of their first single off their 14th studio album This House Is Not For Sale, Richie’s got words for his former friends and bandmates…

…and they’re all good. After “This House Is Not For Sale” dropped last Friday, Richie and girlfriend/creative partner Orianthi appeared in a Twitter video congratulating Bon Jovi on their new release, wishing Jon and the guys his best in their new endeavor. A few hours later and to everyone’s surprise, Jon Bon Jovi reached out via Twitter, thanking both Richie and Orianthi for their good wishes and said that he looked forward to hearing their new album, due out this fall, as well.

Congrats to all the guys on the new single! @BonJovi pic.twitter.com/zTiw9MhTYh

@TheRealSambora thanks Richie and Orianthi . Look forward to hearing your record too…all the best, JBJ

While we highly, highly doubt the possibility of a Sambora/Bon Jovi reunion (though if Axl and Slash could make it work then anyone can, I suppose), the fact that these two old friends are finally on speaking terms to some degree – even if it is just on Twitter!