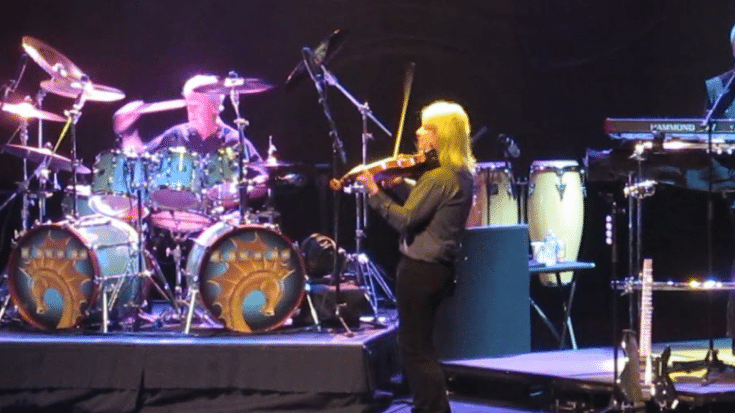 Live music is slowly coming back and one of the first rock acts to return to stage is Kansas. On May 8, they played at Ruth Eckerd Hall in Clearwater, FL. Tickets were limited since the venue was only at 50% capacity. Nevertheless, those fans in attendance didn’t leave disappointed.

Their setlist was a mix of their greatest hits and deep cuts. They performed “Point of Know Return” – the title track of their 1977 album. This straightforward rocker only peaked at #28 on the US Billboard Hot 100 but it’s a fan favorite and remains one of their best known songs.

Drummer and founding member Phil Ehart spoke to UCR about the gig and said, “When we went onstage at Ruth Eckerd, that was the first time we’d played together as a band or even in the same room for 14 months. It had some intensity.”

“Kansas music is intense as it is. But everybody had done their homework,” he continued. “The singing was great, and everybody played well. We had a few bumps here and there. You’d expect that. But it was great. It went really well.”

Kansas is also set to release a new concert LP “Point of Know Return Live & Beyond” on May 28.