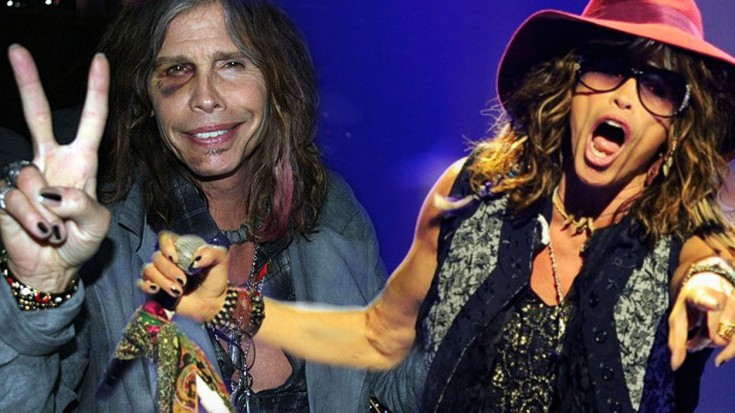 Tyler hospitalized after falling off stage

We’ve all had our fair share of trips, falls, bumps and scrapes- luckily, our favorite frontman only suffered minor head, neck and a shoulder injuries.

During an Aerosmith show in Grand Rapid City, South Dakota, Steven Tyler– 61, was airlifted to a hospital for treatment after falling off stage.

While the incident was caught on tape, like most events these days-  It appears Tyler was dancing around in an attempt to entertain the crowd when he took his tumble.

“He does a lot of dancing on the stage and he does a lot of stuff with his mic stand. He put his stand down and twirled around and stepped backwards off the stage,” said Mike Sanborn, spokesman for the Buffalo Chip Campground

Fans cheered when Tyler got back up. And, Tyler was said to be in good spirits and was joking with a physician when he was loaded onto a helicopter.

If there is one lesson here it’s- Steven Tyler is a bada**, and secondly when you fall down, ya gotta get right back up!