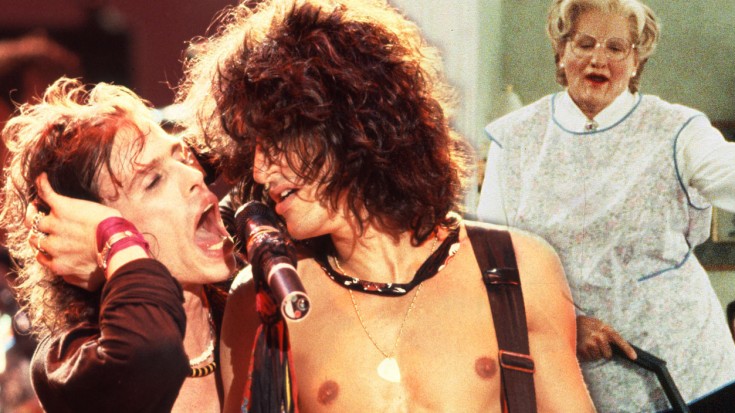 Leave it to Steven Tyler and Aerosmith to write a song that’s so taboo, you have to laugh at it! ‘Dude (Looks Like A Lady)’ was featured on the band’s comeback album Permanent Vacation and is about a man who falls in lust with a stripper; once they’re backstage, he discovers that the stripper was born biologically male – and goes with it anyway!

In addition to being quite talented and having a great sense of humor, Steven’s got an even better sense of ‘live and let live’ – if it’s fun and not hurting anyone, why not?

Speaking of A Sense Of Humor…

‘Dude (Looks Like A Lady)’ was written to poke fun at Mötley Crüe frontman Vince Neil, the once blonde bombshell of an entertainer who spent the 80s in platform shoes, leather, and makeup. Vince knows the song is about him, and it amuses him to this day!

‘Dude (Looks Like A Lady)’ is a huge song – so huge, in fact, that when it was featured in the cult classic Mrs. Doubtfire during a dance scene featuring the late, great Robin Williams, every child in America suddenly knew the words and grew up with extremely innocent, albeit fond, memories of it!