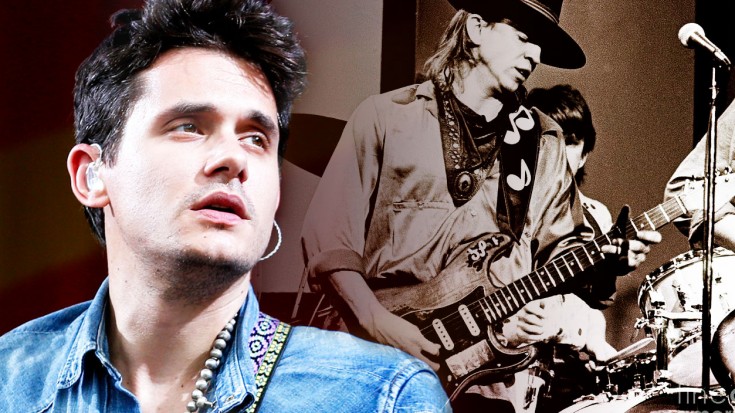 I think it’s so great that John Mayer is such a huge fan of Stevie Ray Vaughan. In any interview where he’s asked about his influences and who inspired him to pick up a guitar, his first answer is always Stevie. So naturally, it’s fitting that John incorporates a little of Stevie’s legacy in his live shows as he did here with the instrumental ‘Lenny’, mixed with a little of his own ‘Man On The Side’!

I love this performance of ‘Lenny/Man On The Side’ because John is awesome at making one flow fluidly into the other. Stevie Ray Vaughan was a gift to the world and his skill is unmatched, but John puts a lot of the passion into ‘Lenny’ that Stevie was so known for, and even hearing it made me close my eyes and smile! It’s like Stevie came down to say hello.

John Mayer On His Hero’s Legacy:

While John is quite clearly not Stevie Ray Vaughan, I don’t think it matters much; Stevie would just be excited and humbled by the prospect of someone admiring what he did, and putting his own spin on it!