Aerosmith Having Second Thoughts About Their Big Farewell? Uh Oh! 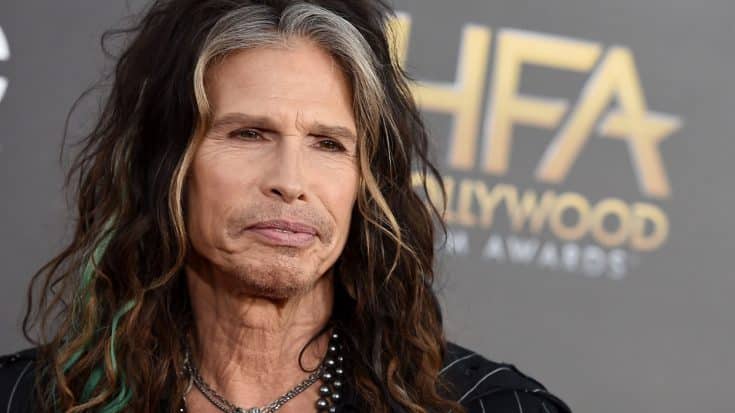 Steven Tyler ‘Isn’t Sure’ That Farewell Tour Is The End

When you’ve been around as long as Aerosmith has, you’re bound to see everything there is to see – except for the end, that is. After months of speculation as to the future of Aerosmith and plans for the band’s highly anticipated Aero-Vederci Baby! farewell came together behind the scenes, it’s looking more and more like Aerosmith’s extended going away bash won’t actually be a going away bash after all, especially if Steven and the boys have their way.

Goodbyes are hard, and with the end staring them in the face, guitarist Joe Perry and frontman Steven Tyler admitted late last week that the idea of walking away from it all after 4 decades together is a difficult, if not impossible, one to wrap their minds around; Joe compares the final Aerosmith show to trying to imagine your last meal while Steven is a little more optimistic, comparing Aerosmith’s longevity against most marriages:

Putting Aerosmith’s situation in that light, it’s easy to see where Steven is coming from; sure, relationships are difficult and things and people both change, but to imagine walking away from it all – especially when you still love each other as much as you did on day one – is absolutely unfathomable, totally foreign to everything you know.

With a brand new album on the horizon and tour dates lined up, I think it’s pretty safe to imagine that Aerosmith isn’t going anywhere for a good, long while – and we wouldn’t have it any other way.