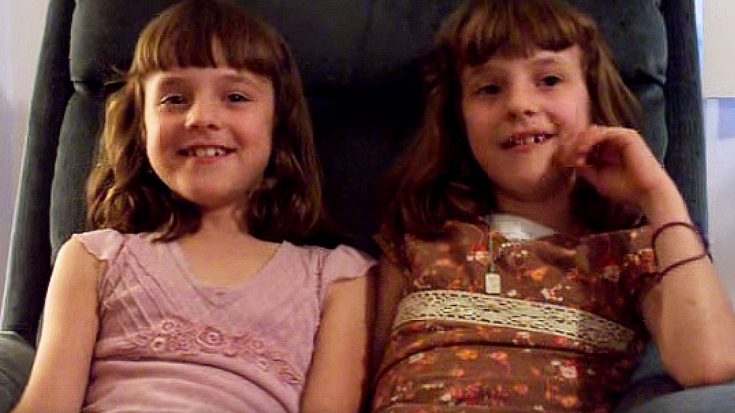 In a generation where kids would much rather listen to what’s on the radio or what’s considered “cool,” it’s a breath of fresh air to see that there are still some kids left who aren’t afraid to dare to be different and hunker down with mom and dad to listen to the classics, picking up a few life lessons and a healthy appreciation for good music along the way!

In the case of 8 year old twins Mackenzie and Madison, their love for the classics is both heartwarming and impressive as they’re filmed singing Lynyrd Skynyrd’s 1973 classic “Simple Man” while their dad plays along on an acoustic guitar.

“It’s mama talking to you in that song and I think it’s probably one of my favorites if not my favorite to do live. It’s just a great song and that one stays in the set and the crowd always goes crazy on that one.”

A quiet moment between father and daughters caught on camera, Mackenzie and Madison’s adorable take on “Simple Man” takes on brand new meaning when at 2:30, their proud papa’s voice can be heard as he joins in for the final verse – guiding them through the song’s final moments as he shares the advice that no doubt helped shape him into the “Simple Man” responsible for the incredible job of raising awesome children. Mackenzie and Madison are absolutely too precious and while this video is a few years old at this point making the girls now about 17 years old, something tells us that they still love to sit down with dear old dad for quiet musical moments like this!