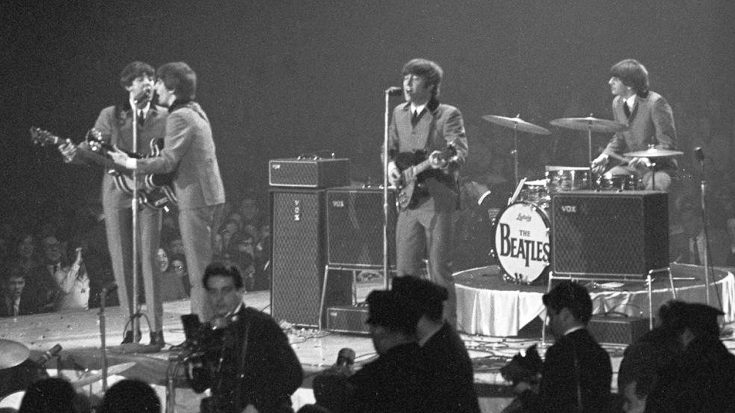 On this day 50 years ago, The Beatles ended up playing what would be known as their final ticketed concert. Although the band would make one other unannounced public appearance in 1969 before their breakup, August 29, 1966 at Candlestick Park in San Fransisco, California marked the final time fans were actually required to have a ticket to see the British quartet. The performance was a disaster. The audience was way too noisy, causing drummer Ringo Starr to have to rely on Paul, John and George shaking their butts in order to determine where they were in the song. As a result, the Beatles played poorly and not up to the standards they were known for.

“It was just a sort of a freak show. The Beatles were the show, and the music had nothing to do with it.”- John Lennon on The Beatles’ final tour in 1966.

The band also became bored playing the same handful of songs night in and night out. They were forced to stay limited to older tunes, because their newer material had become too difficult to play live, due to the backing sounds added in during the production that were key elements to the songs. After the show, George was reportedly quoted saying, “Right – that’s it, I’m not a Beatle anymore!” Overall, the 1966 tour would end up being their last, and ultimately sealed the beloved band’s fate as they would call it quits in 1970.

You can listen to the Beatles’ performance at Candlestick Park from 50 years ago down below!