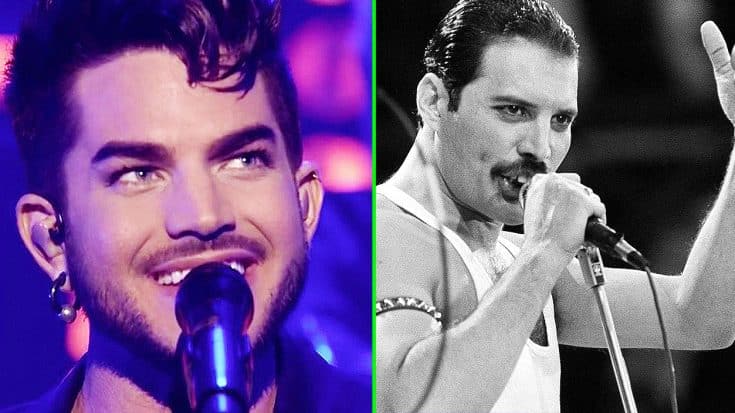 We’re getting too excited for this!

Earlier this year, we finally got a release date for the highly anticipated Freddie Mercury biopic. The movie will detail the life of the late, great vocalist and uncover some pretty crazy details about Freddie!

The movie has been in the works for quite a while, and has undergone some major obstacles in development. Originally, it was set to star Sacha Baron Cohen, however Cohen and Brian May did not agree on the direction of the film. Cohen wanted to reveal a more darker and wild side to Freddie’s life, while May wanted to focus it more on the music side. Instead, Rami Malek will star in the movie.

In a recent interview, current Queen frontman Adam Lambert revealed some great new details about the development of the film. He was asked if he was considered for the starring role:

“No, I don’t think I would be able up for taking that one. I mean, that’s a whole other level. I really love singing the songs that Freddie sang on stage, but I also approach it by doing it as me. I don’t know if I would be able to impersonate Freddie. I’m really excited about the guy that they’ve cast in the role for the film – he’s amazing. The gentlemen from Mr Robot, Rami Malek.“- Lambert said.

Lambert says he can’t wait to see the direction of the film, and see where director Bryan Singer will take it!

“I thinks he’s gonna be amazing and I’m friendly with Bryan Singer, the director. I got the chance to chitchat about the band, his experience as a fan of the band, and my experience as sort of a guest member over some beers. Brian is so incredible as ta director and so passionate about this project. He and Rami are both so excited, so I’m just excited to see what they do together. I can’t wait.“- Lambert continued.