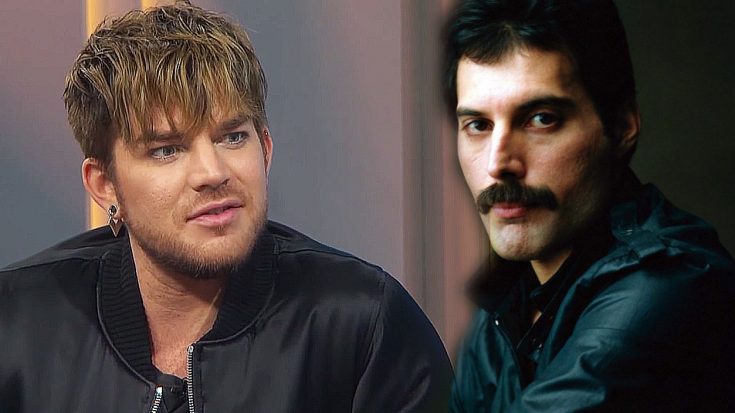 Adam Lambert Has Some Big Shoes To Fill!

It’s been 25 years since the tragic death of Freddie Mercury, and it still stings just as badly as it used to. The former Queen frontman was truly one of the most iconic showman and singers in all of rock and roll. He was the definition of showmanship with a charisma and voice like no other. Unfortunately, he was taken from us too early.

Since his death, Queen have kept on with a singer by the name of Adam Lambert. Of course no one could ever replace Freddie Mercury, but Adam Lambert comes pretty damn close. He has proven that he is a quite capable showman and singer worthy of taking the helm of the band that is Queen, and while he does a phenomenal job, you can imagine that there is some pressure.

What you’re about to watch is an interview in which Adam Lambert opens up about what it’s like to be singing for Queen. You can imagine that there is a lot of pressure, but just how much? Find out for yourself!